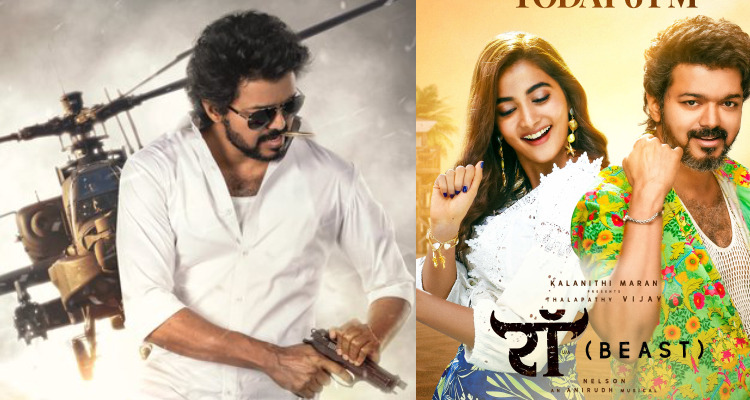 RAW: Set in a shopping  mall  that looks like  a set  masquerading as a mall , Raw(Beast in  Tamil) is Tamil superstar’s Vijay’s waterloo. It is  proof  that the pudding  works only when the ingredients  are  in the right proportions.

Raw showcases  Vijay  as  a former RAW agent(hence the title RAW, get it?)   facing a terrorist  situation  in a shopping mall. This premise alone is  a damper for Indian audiences. Diehard styled thrillers  do  not work for Indian  audiences specially when  there is  Bruce Willis around. John Abraham realized  this recently when Attack suffered from a post-attack trauma at the boxoffice.

Way back in  1974,the illustrious  B. R. Chopra made  a one-night-plus thriller 36 Ghante with a  spectacular cast being held hostage . In  spite being slick and  gripping  36 Ghante  flopped.The film’s leading lady the  wonderful  Mala Sinha had explained  to me, “Log  teen ghante mein  36 Ghante nahin poori zindagi dekhna  chahte hai.”

She  had a  point.  Vijay’s fans want to see more than  their hero mall-functioning in  an oafishly staged  terror-attack saga where the  mainstay, the action sequences , are  so  clunky  they look like amateurish   green-screen disasters.

The  terrorists  played by actors as scary as  Mickey Mouse wearing  a Joker mask, seem  to have no  clear gam- plan aside  from getting a ‘dreaded’ terrorist released from prison in  exchange of  the hostages.  Vijay’s Veer Raghavan too seems  clueless  as to how to  tackle the  hi-falutin hoodlums.

His action  sequences  where he  combats the attackers are  laughably juvenile.We haven’t seen  such wretchedly misguided  stunts since Rajinikanth  decided  to use a body double to protect his health.In RAW(a.k.a Beast) Vijay needs protection from  the assault on  common sense  that  inveigles  the arteries  of   a narration that  desperately seeks a  reason for its existence and fails  miserably.

Vijay is  a  star  with a  huge  power. Exactly why he agreed  to be  part of a  screenplay that seems to be written  on  a day when  all the  writers’ creative powers  have broken down , is a  question  only  the star can  answer. Director  Nelson  turns a blind eye(Nelson’s eye?) to basic  logic and common  aesthetics: the mall  looks like it needs  to shop for a more serviceable  landscape.

Oh  yes, before we forget: Pooja  Hegde. What is she doing  in  this film? Is it enough  to sign on  a project with a  big star  where  you  get your  share of  giggles and songs?

There is  so much that is  wrong with RAW, including the playing-time  of  2 ½ hours which is in defiance  of  the basic guideline  for a one-location thriller.To end on a positive note:  this film will  prompt  Vijay to  re-think his  career strategy.It can only get better from here.