1.     Jhankar Beats(2003) :  As cool as Farhan Akhtar’s Dil Chahta Hai, with an added sizzle that won’t fizzle even when the film’s room -temperature gets so tepid, it smells like life’s ennui.That’s the best  one-line description  for debutant writer-director Sujoy Ghosh’s film  about love, life,  condoms and, yes fellatio.  But let’s not jump the gun. The fun begins at the beginning when  we meet Rishi(Rahul Bose) and Deep(Sanjay Suri) , two regular 10-5 copywriters who dream of winning a music contest. In their  dream lies a joke. Ghosh shares his characters’ jokey karma with us.  Deep is deeply in love with his  second-time blissfully  pregnant wife Shanti(Juhi) while the cynical  Rishi is on the verge of  a divorce with his sullen wife Nikki(Rinke Khanna), and…. ….and what else????!!! Ghosh ‘s zany look at the world ‘s wacky  truth about cracks and doubts, builds its case- history on the flimisiest chuckles and smiles of  suburbian existence.  At times the humour goes amok(for instance Rishi and Deep caught  bending compromisingly   by an office boy  is strictly yucky-yucky) .  Most of the time, Ghosh knows where to draw the line. From the blueprint of metropolitan life he draws a deliciously aromatic takehome pizza with  toppings that are more filling than the base.  With the help of his editor Suresh Pai and cinematographer  Mazhar Kamran, the eager-eyed and fairly-idealistic(even  when his  narrative is  in the throes of cynicism Ghosh remains miraculously unsullied by ugliness and negativity) the  director  deconstructs the secret  codes of  formulistic filmmaking and fills the frames with a delightful nonconformism.   Jhankar Beats is an urban fable with  wings. It soars beyond  any of the  ‘Hinglish’ flicks about devil-may-care dudes and chicks which have emerged from the Great Bollywood Dream Factory.  The end-result is   sincerily funny and funnily sincere. The characters sing and dance to intangible and discernible tunes without seeming like anything but people whom we ‘ve me somewhere  on the road of life Ghosh’s grasp over the grammar of  music and songs is astonishing.

2.     Koi Mil Gaya(2003):  Rakesh Roshan’  film is  partly a sci-fi flick .  The second-half where Rohit(Hrithik  Roshan) and his friends rescue  and befriend a bereft  extra-terrestial  are   profoundly influenced by Steven Spielberg’s ET  .  The robot that the Australian  designers James Colmer and Lara Denman have  built   for Rakesh Roshan isn’t the last word in whiz –kick.But what the ‘hick’! We’re emotional Indians. We love our cinema to project  larger-than-life emotions in palatable portions. That’s where Koi…Mil Gaya really scores. It’s a truly ingenious indigenous  film with universal  human  feelings that control the plot’s destiny with  fine-tuned delicacy. The anguish of  the mentally challenged protagonist is brought out in brilliantly written scenes, sometimes funny sometimes sad but always  moving  .The narrative pacing specially in the first- half is so unhurried  and yet so absorbing that we’re one with Rohit’s  adventures  from the word go.  As a director Rakesh Roshan has never been more sure-handed in his vision  of quality entertainment. He marries massy elements in the plot  with an astute aesthetic integrity  that penetrates from the smooth surface to the heart of  this tale of frail bondings .  The hill-station setting   is wonderfully apt for the tale.  The director merges stunningly scenic foreign  landscapes into his small-town tale without creating  any jerks in the continuity. Rakesh Roshan bends the rules of mass entertainment without breaking any.  The film  is young vibrant and appealing  without looking  flamboyant and overly hip. Alas, the compassion that Hrithik’s eyes exude cannot be matched by those in the eyes of the robotic alien.  But that’s okay. Koi …Mil Gaya is about  re-discovering the artless charms of mainstream Hindi cinema.

3.     Mujhse Shaadi Karogi(2004): Wah, kya brat hai!  In a key  action sequence in this sprightly dip into blunder-land,  Salman Khan fights 5-6 Akshay Kumars simultaneously.That, in a naughty-shell, is the coolly comic crux of the Akshay-Salman combination. Though Salman as Samir(“hawaa ka jhonka,” exclaims a priest, reminding us of Salman’s presence in  Sanjay Leela Bhansali’s Hum Dil De Chuke Sanam) gives a controlled and often inspired performance as the beefy nerd who seems to get his foot in his mouth and his underwear in a budge, it’s Akshay Kumar who is all  over the p(l)ace.As Sunny, the Jerry in  ‘Tom’ Salman’s life he brings a  bracing cartoon-strip quality to the joyous jugalbandi between the two leading men. As they battle for the hand  of Priyanka  Chopra, the damsel in dis-dress(distress is  old hat now) we get to witness one of the wackiest comic triangles in recent  times. Besides Akshay Kumar the USPs of this pleasing-n-teasing  comedy are the the crisp mise en scene topped with some  sumptuous songs and dances and prankish dialogues  which make you chuckle at the sheer silliness of the scenario.A triangle with 3  absolutely unintellectual protagonists who don’t brood as much as bleat  and bray  about love, isn’t easy to  carry off. Throughout David Dhawan retains  the rippling  raga of  ripostes. Rumi Jaffrey’s dialogues are  sharp and clever  .They convey a certain street wisdom which goes well with the Tom & Jerry mould of the mirth. 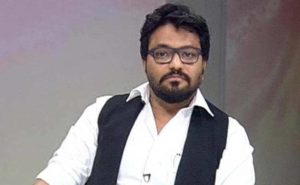 Previous post Baabul Supriyo: “The Covid Loves Me So Much It has Come Back Again” 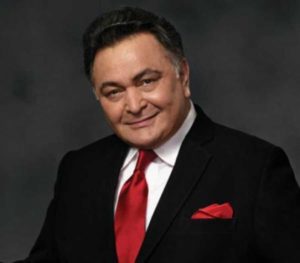