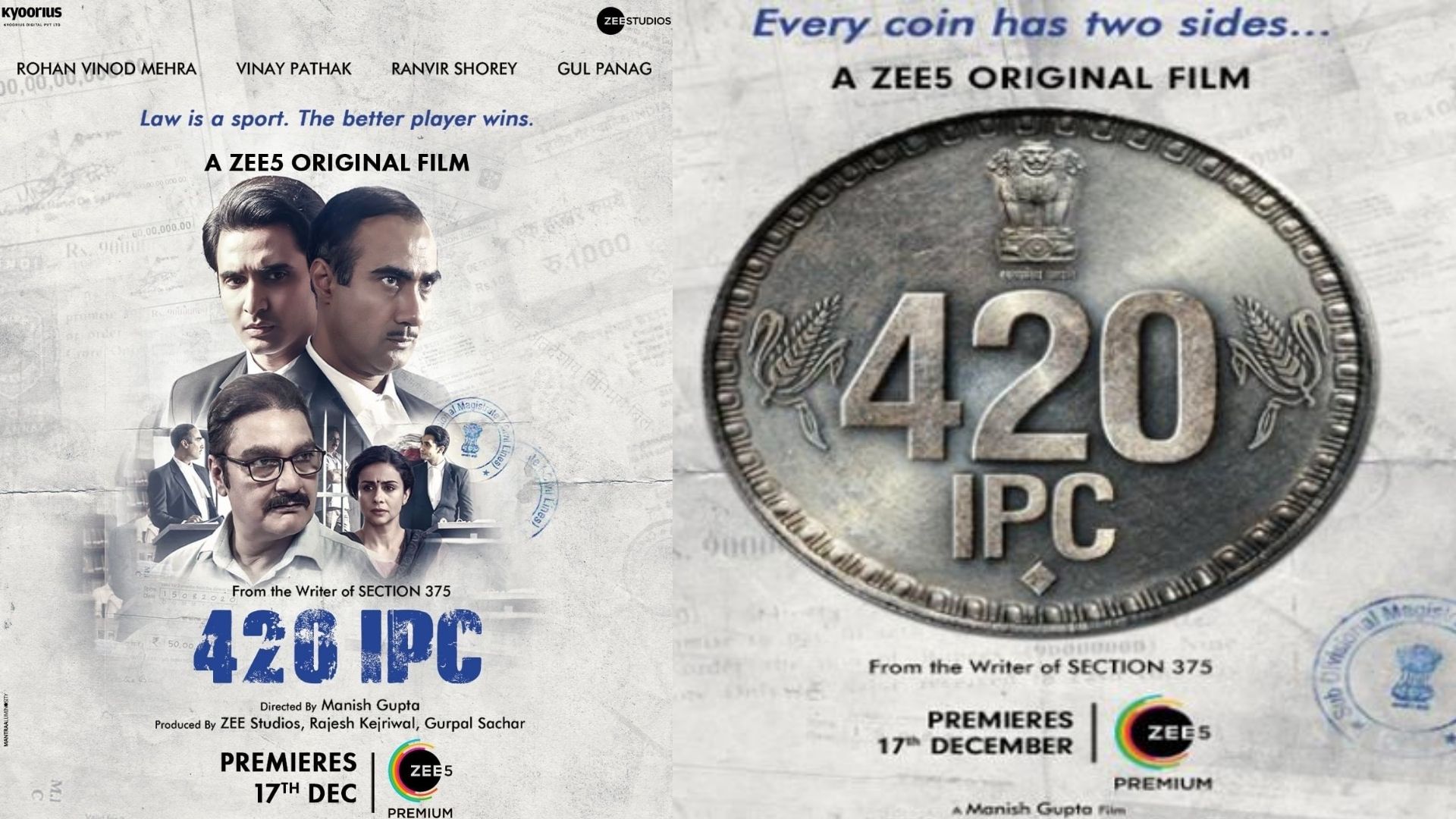 Watch 420 IPC Movie Online (2021): 420 IPC is the most awaited court drama from the direction of Manish Gupta, who is well known for Rashya, and Section 375. Vinay Pathak plays the main role in the series and shares the screen space with Ranvir Shorey, Gul Panag, Rohan Mehra in pivot roles. The story revolves around Vinay Pathak who plays the role of CA Kesawani and got arrested by CBI for forgery and theft of bank cheques. Watch the interesting 420 IPC full movie exclusively on ZEE5 from December 17, 2021.

Check out the stellar cast of the upcoming Hindi movie 420 IPC,

Watch the interesting trailer of the 420 IPC movie here,

Director
Manish Gupta
Writers
Manish Gupta
Cast
Vinay Pathak,Rohan Vinod Mehra,Ranvir Shorey
Plot
CA Keswani is arrested for a crime and his lawyer Birbal fights his case. But Birbal realises that everything is not as simple as it seems.

420 IPC(Zee5) Movie Review: Our cinema is so starved  of decent courtroom  dramas that even a halfway decent product of  the abused genre gives us reason to feel hopeful.

Manish Gupta’s 420 IPC is   not  India’s answer to  The Trial Of  The Chicago 7. But it keeps you interested to the end. And  the court proceedings  ring true, even when the  script seems to be tilting to the south to get our attention.

This is a  modestly-budgeted  plot  about  a humble chartered accountant  Bansi Keswani(Vinay Pathak) being tried  for forgery and  fraud. Pathak is a pastmaster   at playing  middleclass  victims. This time  the Common Man has some  uncommon  secrets. As layer after layer of  the  procedural subterfuge emerges, we are  left looking at  legalese at its most pulpy, and yet nonetheless engaging.

Pathak’s passivity is  well played into the plot.Rohan  Vinod Mehra as  his young lawyer Birbal  eager to score,is a refreshing change from the washed-out  sozzled lawyers who normally take up such cases  in our films to redeem themselves. Young Mehra gets into the earnest if somewhat sneaky,  lawyer’s  shoes and  seems to respect his role  to the fullest.

What I   found a little  unsettling was the way  Birbal goes around  gleaning information illegally by paying  bribes  .He even uses a young female cop for  inside information. Every time they meet the  background score  softens.This is  probably meant to  underline  the subtle romantic  attachment between  the  two.However  on the surface the  music suggests  a kind of  legitimization of underhand  tactics for the larger  good, namely getting poor Bansi Keswani off the hook.

But the question is, how “poor” is our Keswani?  The  pacing is  even,  if  uneventful. The  performances carry the  narrative  forward.  Besides Pathak and Mehra it is  always a pleasure to see Ranvir Shorey  at work specially when  Pathak is around. This time Shorey is cast as  the Parsi public prosecutor. The accent is  a  little  distracting. But the three actors  create  an engaging triumvirate.

420 IPC  is not without  its flaws: for one, the government  officers are shown  to be bustling around  trying to look important while billions are  being siphoned  off under their nose  . The innocent are  shown to be  trapped  in the web. But then  what happens when the comfort of  moral latitude is  suddenly altered? What  if the  innocent are  the actual  perpetrators?  Writer-director Manish Gupta  should have examined this  question ethics and  national  interest  more closely. Sadly  he  just wants to  hold our attention for  90 minutes. He  gets it.