The  Kapoor name  sits lightly on this new kid on the block. Aadar Jain who is Raj Kapoor’s daughter’s son, feels lucky to be launched by Aditya Chopra and  Yash Raj Films.

“I have a 3-film deal with Yash Raj.And I got it on my own. I didn’t even tell my entire (Kapoor) family that I was auditioning for Qaidi Band. I only told my parents, my elder brother Armaan and my Naani(maternal grandmother Krishna Raj Kapoor). When I got the role I broke the  news to the rest of the family,” divulges Aadar brightly.

The youngster all geared up for the release  of his debut film on August 25, was shocked when on the morning after the launch event where he and his co-star Anya Singh were introduced , reports of “nepotism” broke out all over the internet.

The affable Aaadar takes a  deep breath, “First of all,I didn’t know what ‘nepotism’ meant. I had to look it up. Then I got to know it meant , getting favoured by one’s family. But how was I a product of  nepotism? I  was not being launched by my family. I was being launched by Yash Raj Films and Aditya Chopra and I am not related to them.I guess I’ve learnt  early in my career that I will be mercilessly trolled  for no fault of mine.I might as well be prepared for  it from now.”

Nepotism isn’t the only controversy that  Aadar finds himself in . It’s being said that Qaidi Band bears an  uncanny resemblance to another forthcoming film Lucknow Central.

Not one to mince words , Aadar explains “I had no clue about any other film that was being made. I have been consumed by my own film and in getting it right to the extent that I couldn’t see anything else. But then eventually I saw the trailer of Lucknow Central and noticed that it too is about a musical band in jail and a jailbreak. I don’t know how or where the similarity came  from. But I will say this. No two films can be the same even if  they are based on the same plot.  It’s like my favourite dish Junglee Mutton. All of us Kapoors love it. But everyone makes it differently although the ingredients used are the same.”

By now  it is obvious that Aaadar loves his meat as much as his movies.  “Oh yes, I am  a foodie just like all the Kapoors. I love my mutton and my paaya(milk dessert) and I have to constantly watch the weighing scale.”

Aadar’s voice lights up when he talks about his co-star Anya Singh.  “She came  on  board before I did. And she must have auditioned with 50 other co-stars before I was chosen. From the moment I came  on  board she has made me feel comfortable and at home. Today Anya is my  best friend.I can share anything with her, and she with me.”

The newcomers have slogged to get the prisoners’ roles right.

Says Aadar, “We wanted to  visit a  real prison. Our director Habib Sir(Habib Faisal) didn’t want the prison to look fake. He went into a real prison and met real prisoners.  Unfortunately Anya and I couldn’t go to a real prison. We just followed Habib Sir’s instruction closely. Now when people tell us the prison scenes look authentic in the trailer I want to tell them how hard we worked to get it right.”

As Aadar awaits his first film’s release he is aware that films are not doing well. “But I also know that content is King.And we have a solid strong story to tell in Qaidi Band. We can’t go wrong….can we?” 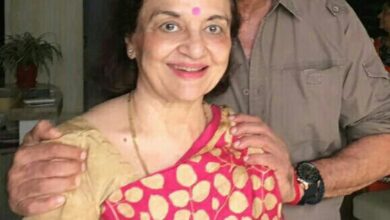 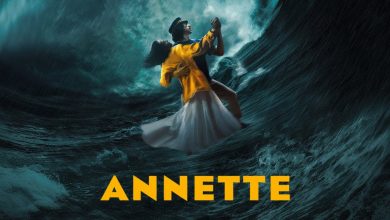