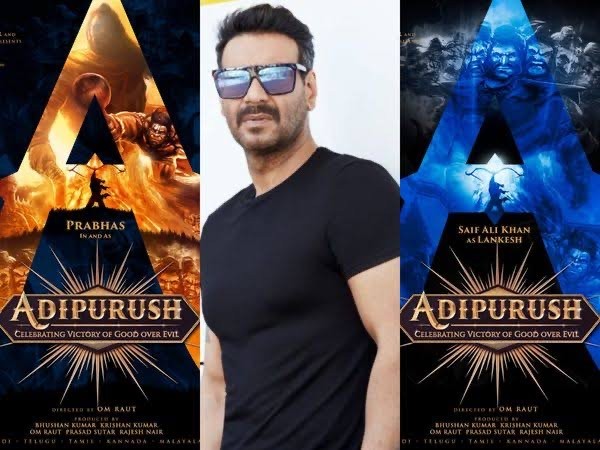 Do we  sense  another  star-director friendship coming to an end?  Ajay Devgan and director Om  Raut have delivered Tanhaji the  only superhit  of 2020 .

It was  only expected that Devgan would feature as the  lead in Raut’s followup project. But  Raut’s next project  Adipurush features Prabhas in the  lead. Instead of  the male lead, it seems  Raut offered the antagonist’s role in Adipurush to Devgan.

The  offer was politely declined by Devgan .

According to  sources, Devgan has taken a conscious  decision to  stay away from  negative  roles.

“It’s always  interesting to dig into  thedark  side of your personality. I find negative roles  fun to do.”

Like Santoshi’s numerous proposed project his Ramayan too never  took off. Ajay Devgan  was keen to play Rama  since  the  aborted Santoshi  project.  Alas, Om Raut  was  committed  to Prabhas  to  play  Rama.

Also Read:  Pankaj Tripathi Speaks On The Joys Of Working With Kriti Sanon

Salman’s Radhe To Have No Songs?