Alisha Chinai who turned a year older on March 18 is best remembered by Bollywood buffs for her Sridevi number Kate nahin kat-te in Mr India.

Alisha Chinai who sang the original number is not even listening to the remixes . “I didn’t even know they were doing a re-mix of my most well-known film song until someone pointed it out to me.and I was like….Kate nahin kat-te? Really??? I mean some songs you’d think are just not replaceable. But then I guess the producers who sold the rights for the remix know better.”

Not that she is totally out of the music scene. “I have been there done that and I’m semi-retired and blissfully happy .To the new singers my advice…. you don’t need record companies any more!!! Start your own YouTube channel showcase your work and get your shows on your own merit!Priyanka Chopra is India’s global icon

and Ananya Birla is signed to Universal abroad..That’s ironic too ,it just re-confirms that music scene in India is suffering badly. They don’t recognise real artistes!!I record my songs mostly in English and put them on Youtube since that’s the best place to expose your talents without fear of intrusion. There is no money in the music industry and playback singing is more or less dead.”
Alisha feels playback singing has no future. “Artists are uninspired and unmotivated in India there is no honest collection-bureau for singers royalties.Singers and music producers are all wary as there’s so much corruption in the music business. It’s almost like a music mafia here!!! Singers don’t get their dues at all and most of the new singers work for free nowadays!! I stopped singing for Bollywood long ago!! Detached myself !Good artists just languishing here!! There is no money period!! Best for Recording Artists now to put up a website on YouTube channel of their own and showcase themselves .And you can survive on reality shows that’s where the moolah is!!”
Alisha laments the lack of real non-film music in India. “There are no credible composer producers for the pop dance genre either.They can only give us cheesy Bollywood sound nothing International so whom do I sing for??!! My Made in India became a global hit because of my Collaboration with Biddu!!!! No one here who understands POP!!Tinka Tinka is the best ballad Vishal-Shekhar have composed, nothing else of theirs even compares .And I had to sing it …Ironic!!! I’m the hot-headed Bad Girl of Indipop and Vishal Dadlani is the Bad Boy of Rock and Bollywood.Although his song productions are really wicked!! I have to admit !!!”

T he enchanting songstress of many a chartbusters in the past is single., “I’ve been on my own for many years now.And I’d be pretending if I said I didn’t miss that someone special in my life.It’s been very tough on me to be companion-less. Lekin love meri fitrat aur kismet mein nahin.Grahon se balwaan koi nahin hota.It’s better to accept the karmic truth than to keep searching for something that destiny has not willed for you and hurt yourself repeatedly by trying to get it.”
Alisha was married to Rajesh Jhaveri in the 1980s. They separated after her career took off. In 2003 she was in a serious relationship with a Canadian musician-entrepreneur Romel Kazzouah. The two of them almost made it to the altar before they broke up.

Sighs Alisha ,“I am a giver in any relationship.I gave everything I could to make my relationships work. But fate had other plans. I’d be lying if I said I don’t miss love in my life. of course I do. But after so many years love has become an fantasy in my head rather than a reality on my bed. Reality bites. And I’ve to admit I am better off alone.Love sounds better in a song.I am happy being the queen in my own castle.”

Today with the slump in the music industry and the fight over royalty with a leading recording company Alisha is happy crooning a song once in a while. The last time she sang for a film it was for composer Rajesh Roshan in Krissh 3.

Looking back the singer is grateful for all she has received. “Some people crib about the thorns in the roses. I am grateful there are some roses in a bouquet of thorns! My life has not been a bed of roses. My failures have inspired me more than my success.”

I wanted your dignity to stay intact: Sunil Grover Replied Back to Kapil Sharma 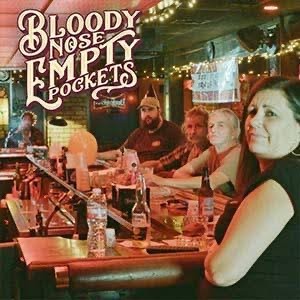 Bloody Nose Empty Pockets Is Like Nothing You’ve Seen before