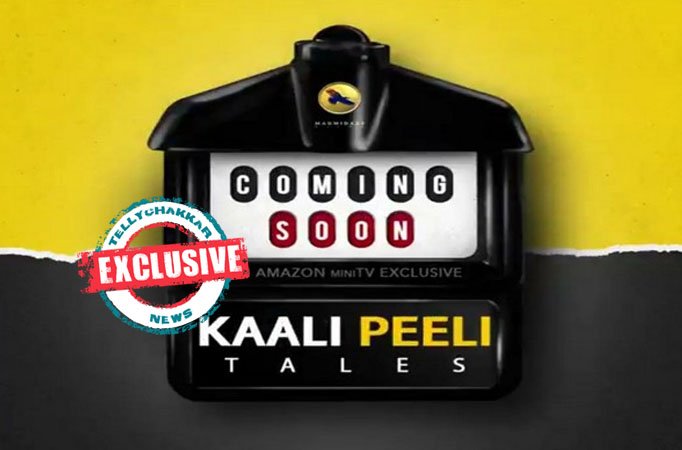 Their new anthology Kaali Peeli Tales   in  the ‘Mini TV’ series seems like a  good way to re-acquaint  ourselves  with  the  vernacular  of  the urban nomad. These are characters you would probably run into in Mumbai’s  suburbs while waiting for a taxi  or  bus .

The trailer tells us that Maanvi Gagroo(good to see her back)  has fallen in love with her gay intern.As if that isn’t enough of   a problem, she is already married. Elsewhere in the trailer I saw a girl trying  desperately to  impress Vinay Pathak about her  boyfriend. Soni Razdan  hovered  in the background as  the anxious  matriarch  . And Sayani Gupta  stared at  the sea  and  surmised how small her problems seemed when  she stood facing the ocean.

There  is a designer-wisdom at work here weaving the  stories  together  in  a pastiche resembling an  urbane  feast.A  burp rather than a belch. A sigh of appreciation rather than a roar of approval is what this anthology streaming on Amazon MINI TV  from August 20, seeks.And  from what I saw in  the trailer, will get.

Kaali  Peeli Tales  is  directed  by Adees Rais whose short film Auntiji had Shabana Azmi befriending an acid-attack survivor.Rais has this  ability to talk  about social  issues  without talking down  to  the casualties of  social prejudice. That ability  comes in handy in this sextet  of stories. Can’t wait  to  see them.

Also Read:  Sameer Nair: "It has been a dramatic yet rewarding ride"

Kaali Peeli Tales is a heartwarming anthology of six unique stories which navigate through the intricacies of modern-day relationships. Set in the fast-paced city of Mumbai, the six stories revolve around young and cosmopolitan characters who are on crossroads of change and acceptance in their individual lives. Mumbai’s iconic ‘Kaali Peeli’ takes the center stage and becomes the connecting thread between the six stories, depicting how the ‘Kali Peeli’ is not just a taxi, but holds sentimental significance for a lot of us.