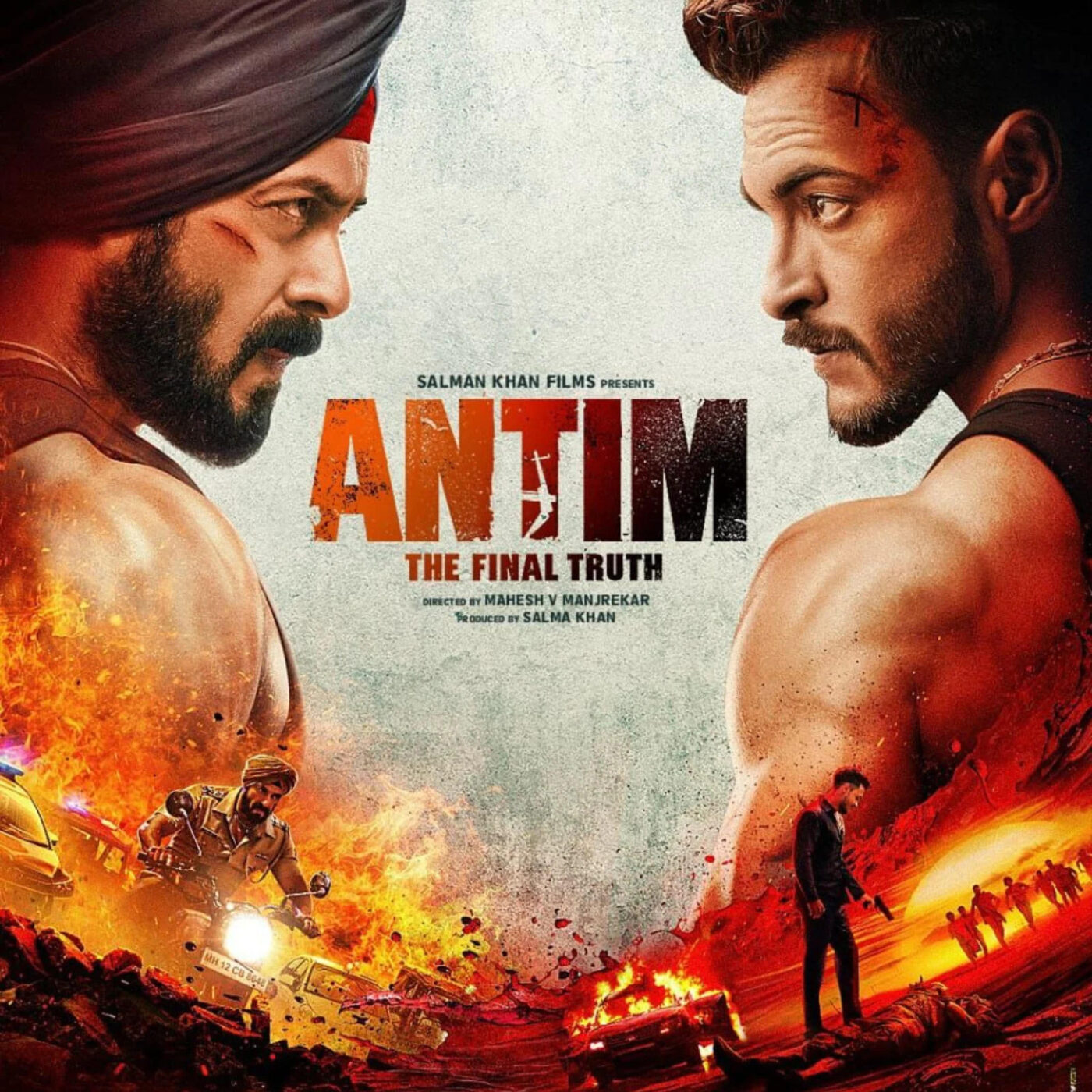 Director
Mahesh Manjrekar
Writers
Vaibhav Joshi,Siddharth Salvi,Abhijeet Deshpande
Cast
Salman Khan,Aayush Sharma,Mahima Makwana
Plot
Rajveer Singh is all set to take on Rahuliya in this EPIC fight between the right and wrong! Who will win this ANTIM fight?

Antim: The Final Truth Movie Review: By the time Varun Dhawan –yesssss, he  is in it too,so rejoice all you  fans of the pinup province—shows up for a vigorous  dance  number, we  don’t know who’s coming or  going. Or staying. If you  consider your own  dilemma as  a viewer desirous of  being freed from this frenetic dizzying dance of  debt and death.

Antim means well—it has  to, since it is  directed by Mahesh Manjrekar who once made Vaastav and City  Of Gold, powerful  parables on exploitation and violence powered by a genuine social concern. Antim is  what Manmohan Desai used to call a proposal film: sign the hero first…during those days  the  music director  also mattered… and then  weave  a story around  him.

Antim The  Final Truth is  so much a Salman Khan vehicle that even his brother-in-law  (for whom the  vehicle  was ostensibly  incepted) seems secondary. Salman plays a cop again  after Radhe. This time he  doesn’t have  a romantic  interest , so  we  are spared  the cretinous cradle-snatching  jokes  about  Diya/Nadiya, etc. What we get instead is lengthy monologues on  righteousness, the Mahabharat and the  meaning of being a true Sikh(in both the releases this week  the Sikh character  loosens  his turban to  help a woman in distress).

Also Read:  It’s Time For Bollywood  Superstars To Wake Up And Smell The Caffeine

By the time Bhai is done, the mayhem has set in so deeply and inexorably that the  entire  landscape looks blood bathed and adrenaline-drenched.  Yes it’s   savage world out there. No room  for women here. The chai wali whom Ayush Sharma wooes,looks like an odd  break from the  bestial mayhem-filled routine.

The original Marathi film(Mulshi Pattern) was a plaintive plea for farmers’ right. This unrecognizable remake  is  a banshee cry where  the disempowered rage  and bullets fly. Ayush Sharma , demonstrating a marked improvement in his performance,  portrays Rahulya  a powerless farmer’s  son who  decides to  fight back for his  father’s  sake.

The  original Marathi film had a knock-out central  performance  by Mohan Joshi as Rahulya’s  father. Sachin Khedkar  makes a valiant attempt to stand tall as a kind of Father India. Sadly the script disempowers  almost emasculates  the  fringe players  reducing them to  dancers in a  binge of shadow boxing while Khan and Sharma stand in the  boxing ring waving their fists at one  another in a pantomime of menace that never seems  completely real.

This  is  clearly a  film meant to make the  Superstar more superstarry and  the  semi-debutante  more viewer-friendly. Farmers’  rights take  a backseat.

Related Topics:antimAntim: The Final Truth
Up Next