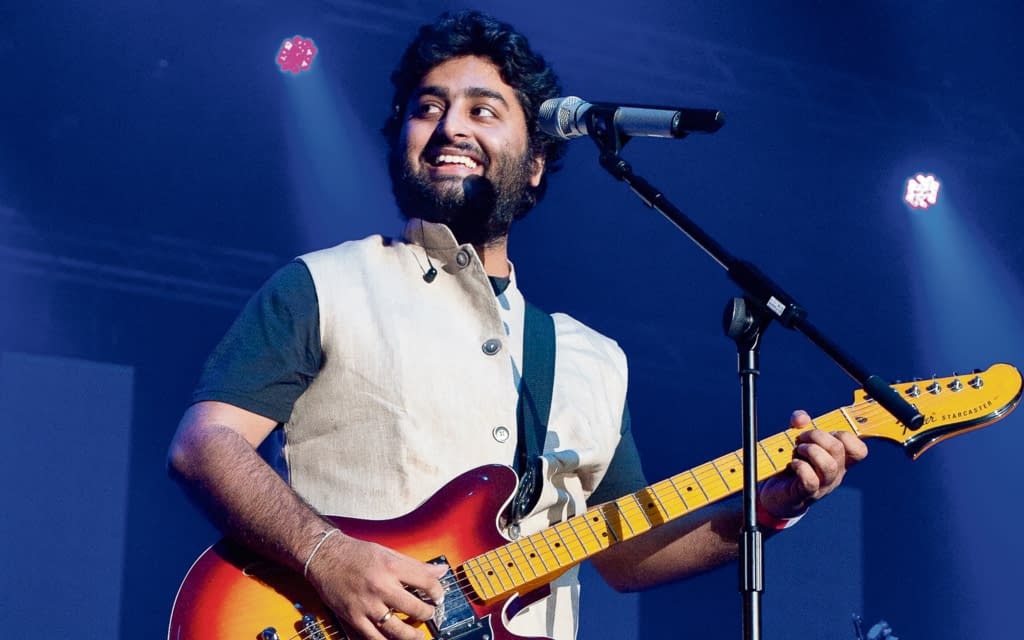 Arijit Singh is  the  moodiest  singer I know in India. Believe  me. I know  a lot  of them  including the  greatest  of the singers. None as temperamental  as this.  He is  blunt  and private. He has no friends  in  the  film industry except  the  composer Pritam Chakraborty whom Arijit considers a mentor and  would do anything for.

I know  him from the time he made an impression on Indian Idol. I pointed  him out to my friend  Sanjay Leela Bhansali .Arijit  went on to   sing  some beautiful melodies for Bhansali’s cinema  including Laal ishq  which  is  my   favourite among  all  the songs that Arijit Singh.  He is leaps  ahead of  all  the other contemporary  voices  in terms  of popularity.But his  aloof  standoffish attitude has  cost him dearly.

Salman Khan decided to boycott Arijit  in  2014. The ban remain.

What happened?  The  incident happened  at an awards  function in  2014.This was Arijit’s  first awards function. Arijit   wasn’t prepared to go for it because he was editing a song for his mentor Pritam-da(composer Pritam Chakbraborty). But Mukesh Bhatt who was a jury member for that particular awards function  insisted that he  go for the function.And since the Bhatts’ Ashiqui 2 was actually the beginning of  his  career in Bollywood, Arijit couldn’t say not to them.

Arijit  was working for Pritam-da in  his  casuals and  had a flight to catch. So  he went in  casual chappals and clothes to the function. Arijit told me  he  didn’t realize a lot of people would feel he was insulting the function.  “I was on my seat and very tired.So I dozed off . As you know these awards functions go on for hours. Meri aankh lag gayi.So when my name was announced for the award someone had to wake me up . I know it was wrong. But I was tired and I dozed off.While I was walking up to the stage they started capturing images in my chappals and casuals. On stage  Salman Khan was laughing in disbelief saying, ‘Tu hai winner?’ When I got on stage he asked if I had fallen asleep. In my nervousness I blurted out, ‘Aap logon ne sula dia(you all put me to sleep).’ I immediately bit my tongue. I shouldn’t have done what I did.At that very  moment when he handed me the award I whispered ‘Sorry’ into his ear. I couldn’t say more in that function. When I came down from the stage I couldn’t find my seat. So I just started walking away .Salman Sir saw that and commented, ‘Look at this guy. He has collected his award in chappals and now he’s walking away.’ I got really scared and didn’t know what to do.That night when I was in my flight I kept thinking about the incident and felt sorry  about it.When I reached  Kolkata I texted him . He texted me back saying I shouldn’t have gone so casually and I should disrespect the awards. I was happy he rebuked me as a senior and that he had got the anger out of his system.I didn’t know he was still angry.”

Also Read:  Eid In Bollywood, a Time To Celebrate

When Arijit   recorded a song for the Meet Brothers in Kick they called him up  saying Bhai doesn’t want to keep the song. “I realized he was still angry and started apologizing again and asking to meet him to apologize personally etc. I told him not to be angry that I was just a newcomer.Then came Bajrangi Bhaijaan. It’s in the past. I don’t think either of us is thinking about it.However if you ask me if I still regret missing out on the  song Jag ghoomiya in Sultan, the answer will always  be yes. I shall always regret being replaced in that song.I know I had sung it well. There was no reason on earth to replace me in that song.”

This birthday  the best  gift Arijit could hope for is  to be finally forgiven by Salman Khan.