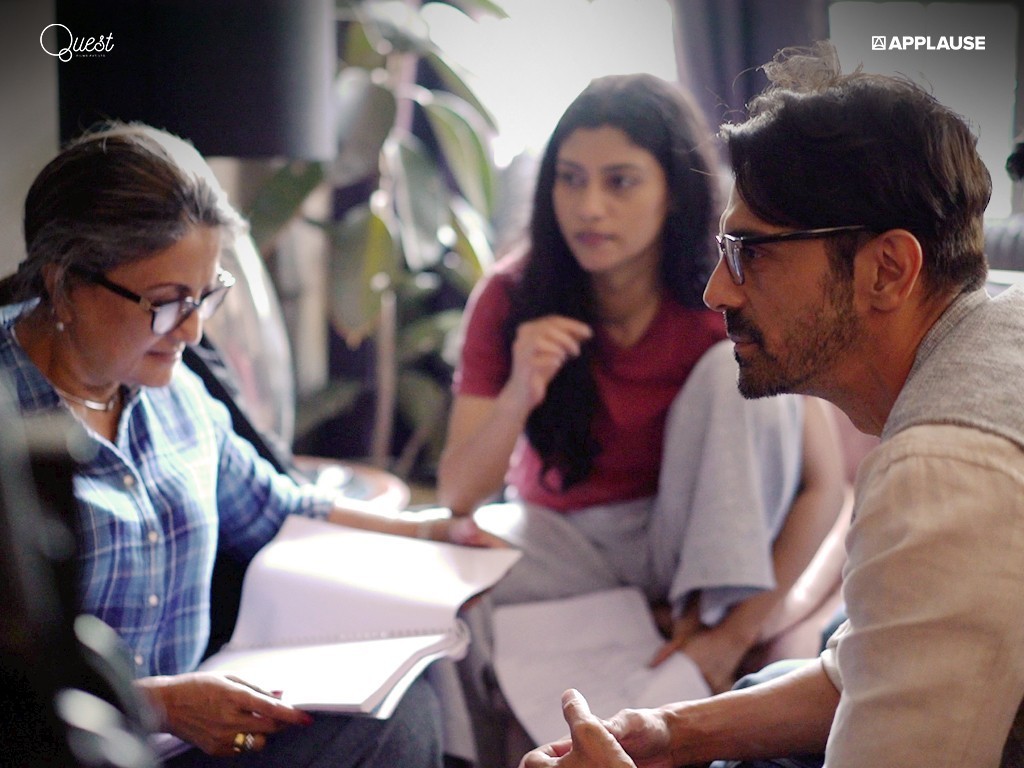 In the sweltering heat of Delhi, Aparna Sen  who last  directed  a version  of  Rabindranath Tagore Ghaire Bhaire entitled Ghawre Bairey Aaj is  now readying her  next feature film which promises  to be one of the finest  cinematic  experiences  of 2021.

Entitled The Rapist  the shooting  of  the  film was completed  in Delhi earlier this week.The  film stars  the  redoubtable Arjun Rampal, RADA-trained  Tanmay Dhanania and Aparna’sdaughter  Konkona Sen Sharma who  reunites with her  director-mother  for the  sixth venture.

Those who have seen  the rushes  say  The Rapist is  Aparna’s finest  work in  many years with the three actors  giving their careers’  best  performances.

A  source  close  to  the project  says, “The Rapist is  Aparna Sen’s most hardhitting  film to date. It looks at  the  heinous crime from angles which we’ve  never explored before, at  least not in Indian cinema. The  film will  shake up a lot  of inertia  and status quo in  the  country regarding sexual violence.”

Apparently Arjun  Rampal became so  involved  with the  characters and the plot that he  couldn’t sleep for days.

The co-producers Applause Entertainment  who are venturing  into feature films  in a big way  in 2021 are  very  proud  to be associated with a film that promises  to mark the comeback of one of India’s finest  directors  to form.

Says Sameer  Nair  the CEO  of Applause Entertainment, “The Rapist is a powerful, topical, story that needs to be told, and we are elated to collaborate with Aparna Sen, to tell it with the sensitivity it deserves.The film deals with the complex themes of sexual violence and restorative justice, which we hope will ignite genuine conversation,”