Ayyappanum Koshiyum Movie Review: It is One More Reason Why Malayalam Cinema Shines! 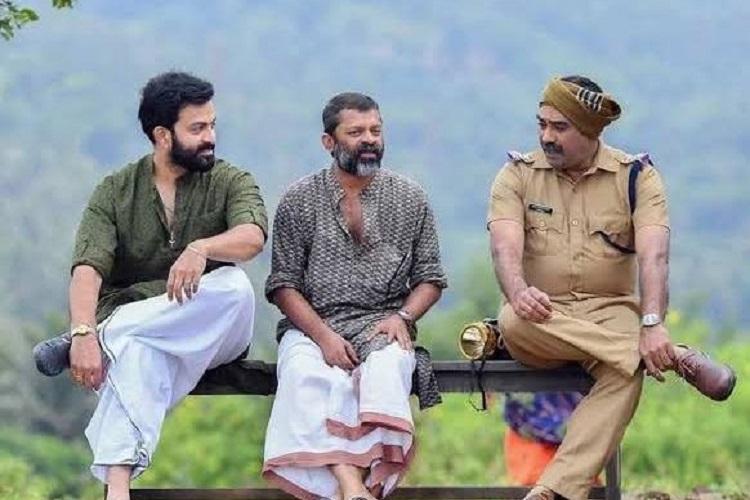 This  startling product of  the  fecund Malayam film industry  must not be  missed  for many reasons. Where  do I begin? The incredibly agile screenplay which pitches  a righteous  fearless cop Ayyappan(Biju Menon, a discovery  for me) against a privileged arrogant  feudal ex-soldier Koshy (Prithvi Raj, brilliant as ever) in a battle to a bloodied sweaty  finish.

It is  very difficult  to categorize Ayyappanum Koshiyum. It denies us the luxury of simple definitions, by  creating a  language  of cinematic expression that is at once rugged and ruminative. As the two heroes and  unlikely adversaries  fight  it out for  over three hours, the atmosphere crackles with an  inward tension. It’s like when you draw  your breath in on seeing someone somersault in the air, and forget to exhale.

This  is  a very masculine film,and I don’t mean that in any  toxic ‘Arjun Reddy’ way.It explores the male  ego and punctures it so effectively that we feel the full weight  of what writer-director Sachy(his earlier debut film Anarkali is also worth checking  out) is  doing here. He takes the traditional hero-giri of  the  Southern cinema where, say, Rajinikanth  fights it out with Kamal Haasan, and turns the in-your-face machismo on its head.

Ayyappanum Koshiyum is a  celebration of  blood-thirsty brotherhood. The two actors are so inured to their characters that we feel  their  mutual tension even when they are not around. The other characters are not sidelined either.Not at all! Koshy’s father played with toxic fervor  by  Ranjith,  fills the  screen  with  a vibrant venom while Ramesh  Kottayam as  Koshy’s  driver and father-figure serves up a  masterclass in  muted unobtrusive wisdom.He is  the kind of guy you can rely on  when all hell breaks lose, as it often does in this film.

But make no mistake,this is a film devoted to bringing  out  the  best in its two male leads, Prithvi Raj and  Biju Menon are incredibly  in-character as  two  class-challenged  adversaries  pitched against each  other in a  battle that  won’t die down under  pressure. Menon is a special revelation to me. He plays a force of Nature that can only   be stopped from going amok while doing  the right thing , when put in the khaki uniform.

There are three female characters, of Koshy’s wife Ruby(played by Anna Rajan), Ayyappan’s wife Kannamma(Gowri Nandha) and a sweet-tempered kind  cop Jessie(Dhanya Ananya) who  at one point  confesses  she feels human only when she wears her  khaki uniform.None of the ladies have  much to say. But when Kannamma finally flares up at Koshy I wished I  was in a theatre to hear the deafening applause.

I  loved  Ayyappanum Koshiyum for many reasons, its  fierce  originality, its uncompromising take on  the compromises that  fate  forces  on the  unsuspecting.But above all I loved  the  way this film humanizes  the police force like  never before.Every  cop in the police chowki  is seen as an individual bound by a sense  of duty,none more so than our hero Sub-Inspector Aayyappan Nair.

By the  end  of the film I felt a renewed  respect  for the police  force. This is a film that has so much to say about class differences in a power-drunk society where the meek shall never inherit anything but the dirt. Any shortcoming in this startling drama  of  a wordy bloodied  dual under the sun? Yes, the length. Watching Ayyappanum Koshiyum exhausted me. But in a  good  therapeutic kind  of way. It is the exhaustion of  swimming against the tide  and emerging a  winner.