A  swirl  of colours in two different  palates, if you please, assails  your senses  as  you settle down  on your seats to watch  Vicky Kaushal’s kid-brother  Sunny dance , romance  and   emote  with a   confidence that  belies his  lack of experience.

Young Sunny Kaushal  has done a couple of films earlier.  But Bhangra Paa Le(BPL) is his  real debut. The young  actor’s verve and his stealthy Bhangra  moves which plaster the frames, will have  you jumping  out of your seats  to  romance the rhythm of the  utterly infectious and  music.

(A  word  of advice: watch this  big bustling  rhythm explosion  for  Netflix flick on the large screen, not on your phone  or  computer).

It’s been ages since I  enjoyed the  music  of a  Hindi film as  much as this. The  narration, almost  a  flouncy fluid pretext for one Bhangra item  after  another just flies by, barely giving us  chance to feel the  absence  of  gravity and heft . As  the rumbustious  beats  of  the Bhangra pervade every nook and corner  of narration—what  does  the  hero do when the  stern aggressive  relatives  of his loved one turns  on him   after he asks for her hand? He  breaks  into  a smooth Bhangra performance, of course!—we are transported  to  the  best  of traditions of commercial Hindi cinema  where every  emotions is  amply  expressed  through song and dance.

Not that Bhangra Paa Le doesn’t  have its share of problems. The  narrative glides through two  time dimensions  , one during World War 2(and here I must  praise the  writers for giving us the only  Colonial  Gora  in  Hindi cinema who  is not as ass)   and the  other  in the  present . In both  Bhangra  plays a major part on resolving  an emotional crises.

Also Read:  Celina Jaitley Had To Quit Acting Due To Harassment

Both the time dimensions  bundle of bridled  verve  the  young spontaneous  Sunny Kaushal  as  different  protagonists faced with similar choices in  life. In  drawing parallels  , the two plots tend to stretch  their coherence level.But  Kushal’s romance in  the past(with Sriya Pilgaonkar) works a  lot more effectively than in the present.

The  heroine  Rukhsar Dhillon is  pert pretty and  vivacious. But her  part never  goes beyond her querulous  conceits.Her conflicts  remain eclipsed by  Sunny Kaushal  dwarfing  presence. A hasty attempt  to  give  Ms Dhillon’s    character  a back-story backfires,  with Samir Soni  bumping into his estranged  daughter  on London’s  Heathrow.

The    sequence is  so  out  of place I felt  like the  child who tugs  at  Samir Soni’s  hands impatiently.Or better  still, just   break into a  Bhangra to  get over the awkwardness  of the less developed  plot points, yes?  I wish there was  more  of  Sheeba Chadha as  the heroine’s mother.She is  an actress who can  light up even the  most dead scene with her intuitive  wisdom.

The supporting cast  is otherwise  just there to dance when  needed. They  are  really not  important to the  plot’s scheme  of  swings. Every time  Sunny Kaushal hits  the floor there is  magic on the screen. It won’t be  erroneous  to say,  a star is  born. 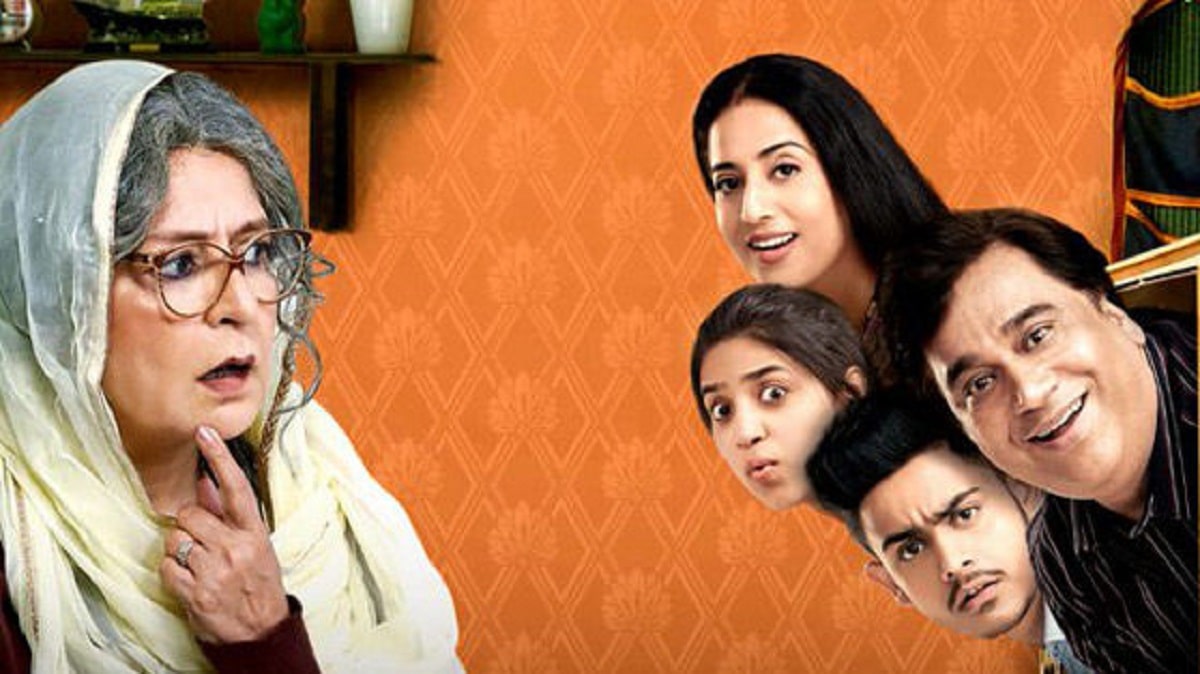