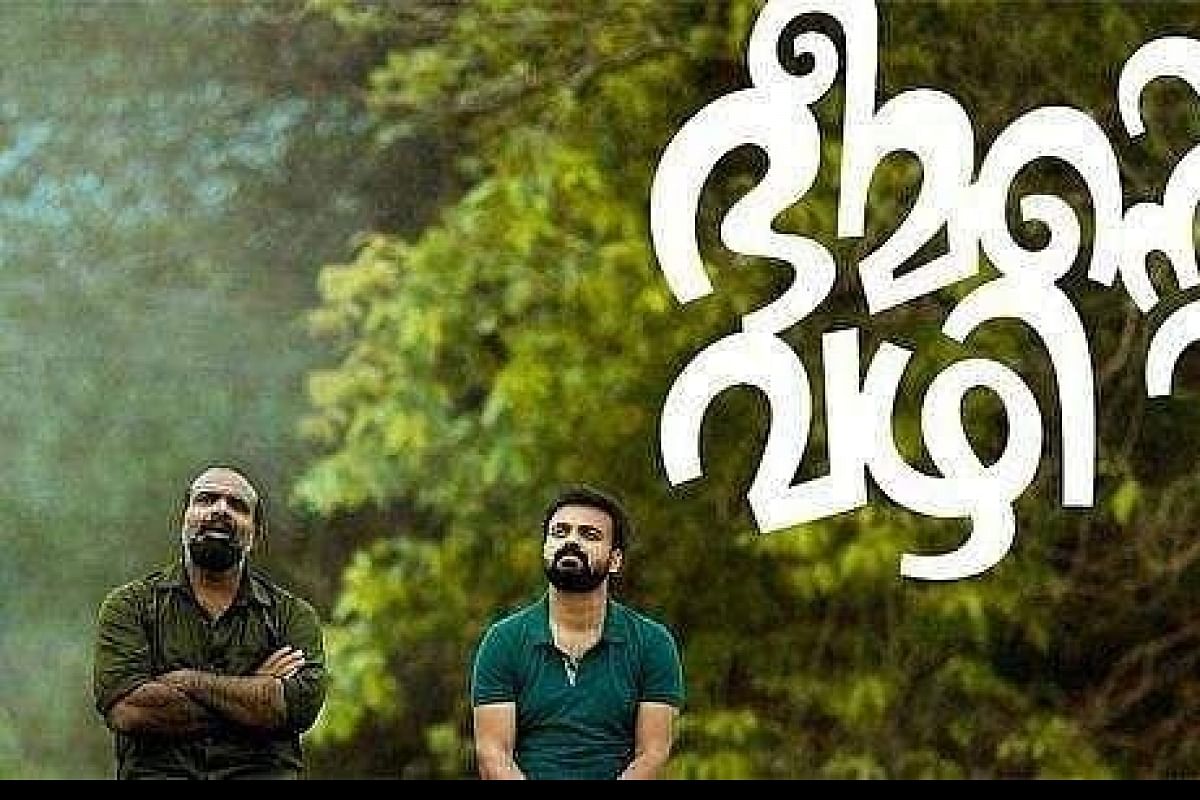 This overrated undernourished comedy of manners with a hero who tells his girlfriend he likes alcohol  with sex—to which she  replies she likes sex with love—is exasperating in its circumlocutory  execution of what could have been an engaging, if not  engrossing, tale of a colony in  a small town of Kerala trying to build a  road in the congested  locality.

The cement mortar and stones are all in place. The  urge to  make something out  of  the raw material is sadly undeveloped.  I loved some  of the eccentric characters(one of whom electrocutes a  dog ) . But the  overall picture that emerges  from individual  eccentricities is not in any way, edifying , let alone inspiring.

Perhaps this is the effect that  director Ashraf Hamza aimed for . The  workingclass has forever  been shown in Indian films as  sweet and  kind. These  people  in  Bheemante Vazhi  feel neither sorry for themselves nor are they shown to be enjoying their  semi-insolvent existence. Also, I felt that  there was an unnecessary  tonal shift from normal to satirical in some crucial sequences, like the one where  the  film’s protagonist Bheeman(Kunchacko Boban)  goes visiting an  influential personality of  the locality  about the road, with a friend Manjali(Suraj Venjaramoodu, the husband in The Great Indian Kitchen) and  Manjali gets  roundly insulted by  the influential  personality.

Probably amusing on paper, the  episode  such as the above,just doesn’t elicit any  kind of  amusement on screen. Like the road  which  the characters  try to build,  the narrative seems  to be getting nowhere after a point. The people  in  the  road construction mode,  just keep growing increasingly intolerant  and hence intolerable. The hero Bheeman’s mother(Shiny Sarah) whose  fractured leg triggers off the  ‘road trip’ (the  sequence where she is  put on a chair and taken to a car on the nearest road in the pouring rain , is my favourite) seems to be milking her  accident to be pampered.No cine-Maa, this.

Everyone is  imperfect , and  like perfection, imperfection too gets boring after a point.By the  time Bheemante Vazhi reaches its  climax  it doesn’t know what to do with its cauldron  of  quirky characters. So they throw  the  villain’s wife  into the ditch. Then they throw the villain  into it. You  fear the  plot  too will land  in the same ditch. Providentially the film saves  itself from doom by just being able to laugh at the characters without ridiculing them.