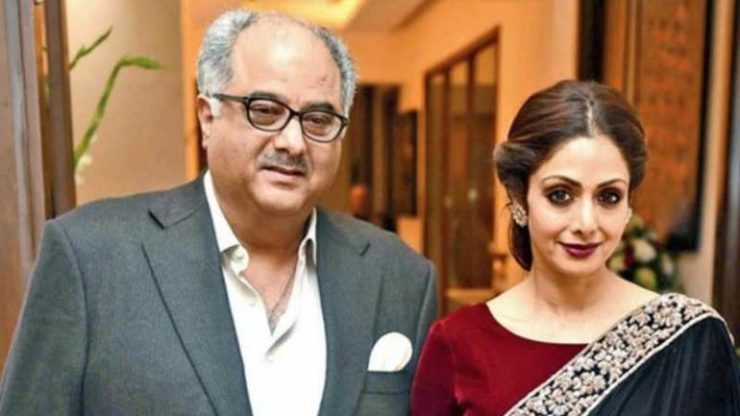 If she had  lived  On  August 13  Bollywood resident diva Sridevi  would have turned  a  year older. Every year  Boney Kapoor filtered all  the Birthday greetings and made sure  the love of his life was   not disturbed.

When asked what made Sridevi so extra-special Boney ponders, “I’ve never asked why she  was  special. I just knew  she was . I  knew it from the time I met her. We  were married for 21 years. I saw her grow from strength  to strength as  a human being and an actress.”

Boney pretty much finds himself staggered by his wife virtuosity on  screen. “There  was nothing that she can’t do  . As an actor her range was  limitless. From comedy in Chalbaaz and Mr India to the mellow muted drama  of Mom where she lifted a potentially routine story to  sublime levels, she is according to me the best actress ever.And I  take into consideration all the actresses from the past, present and  future. I am pretty certain there won’t be another Sridevi.”

So what attracted Boney to Sridevi in the  first place? “I was impressed from the start by the dignity with which she  conducted herself. On the sets when she was  shooting she would largely keep to herself. But she was never considered standoffish. There was always warmth towards her. What really endeared me  to her was that she was down to earth. Success never went  to her head. She was always grounded .She  commanded   respect spontaneously. When she entered   a room people stood up for her reflexively.”

Boney stands staggered  by her  talent . “I remember  when we were in the US  she was hailed as India’s Meryl Streep. After  her last two films English Vinglish  and Mom , expectations  from her were sky high. If only she had loved  to conquer higher  peaks.”