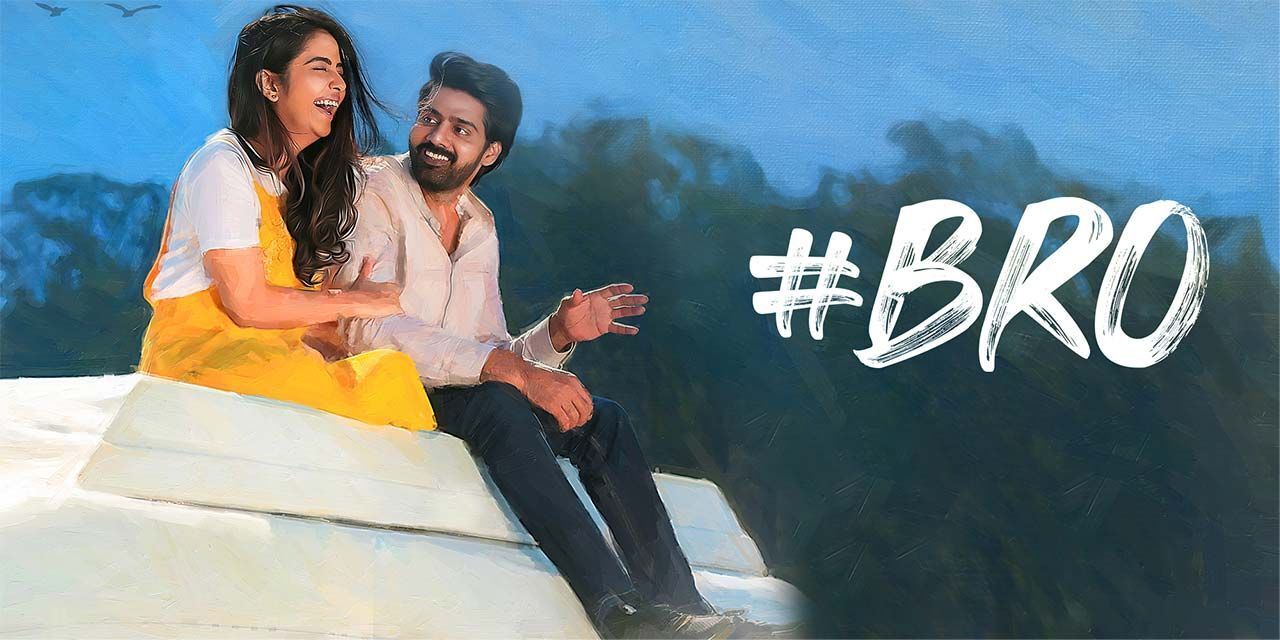 #Bro Review: It’s  heartbreaking to not fall in love with this  earnest melodrama  about filial  love . But ,sigh, if the truth be told,  the  director overdoes it. The film  suffers from an overdose of sentimentality , so much so that the audiences  are  soon gone from sniffing to puking in their handkerchiefs.

Such  a  colossal waste  of an opportunity to do  a genuinely  heartfelt film on post-tragedy repentance and  atonement! Initially when  we see  the  bhai-bahen  ka pyar  from rose-tinted filters we  feel : chalo, these two siblings will grow up. They do. The film doesn’t.

Trapped in the ivorytower of  infantilism  #Bro  goes  from one state  of inert euphoria  to another in the vain search of an idyllic  bonding.  The aim (noble as it is) is  to find  a state of arcadian  rapture for  the siblings. Hence  grumpy grieving bro Madhav(Naveen Chandra) wakes  up to find   his beloved dead sister Subbu(Avika Gore) in  his van.

Subbu looks nothing  like a ghost.She is  neither ethereal nor unattainable.  Just an over-talkative teenager with serious bro issues that must be  sorted before she rests in peace. As  the  bossy behan  bullies her way through her bro’s  problem– daddy issues, girlfriend issues, Subbu’s own unfinished  boyfriend  issue– I got the  uncomfortable feeling that I was watching a feel-good concoction , so over-sweetened , it made me  nauseous.

Also—and  this is  where the  writers demonstrate their laziness—the issues that  plague  Madhav’s life seem to be there only so that his  sister’s spirit can sort them  out.  After a while the whole exercise in feelgoodism begins to  feel manufactured and manipulative, and not  even  in any subtle  way.

By the time we come to Subbu’s own unresolved  romance with her unconditionally devoted boyfriend(well played  by Sai Ronak) the   film begins to feel  like an abracadabra version  of  Josh Boone’s The Fault In Our Stars.

In spite of its unstoppable sentimentality  #Bro  never feels  real or convincing. A  large part  of its failure to  win the audiences over  stems  from  the  poor production values.  Although  Subbu is  a ghost she is never framed  in  FX-generated ethereality  .All we see is a  somewhat annoying  girl in a yellow dress plonking herself in a van  trying to make herself useful as  everyone is  taken for a ride.

Don’t accuse the film’s  makers of not  trying.

Related Topics:#Bro#Bro movie review
Up Next