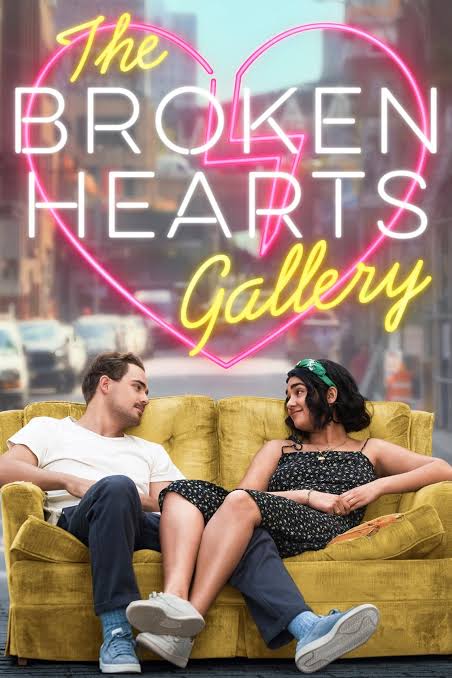 Though her overdone vivacity is  not really  my cup of tea, I cannot deny the fact that in no time at all 25-year  old Geraldine Vishwanathan , of Indian-Swiss heritage(her father is Tamil) has become the most sought-after actor of Indian origin since… since… nobody else!

She  revved  into the limelight in 2018 with the hit Blockers,and quickly followed it up with  a rousing performance as a  veiled  victim of  Islamic oppression  in Hala . In her third major movie outing  Geraldine plays  Lucy a broken-hearted New Yorker, lately  dumped by her  boyfriend Max(Utkarsh Ambudkar) , now confronting   a fullblown meltdown in her bedroom(back then  when Jessica Lange grieved  for her dead husband in  Men Don’t Leave it was  called  a nervous breakdown) as her two  best buddies, one a  lesbian the other a cynic , neither normal(there are  no normal characters in this hyper-ventilating ode to the  spirit  of teen angst) look on  with a blend of despair  and disgust.And some amusement thrown in  to lighten the load  of  heavy emotions.

The  crux of  optimism is a club  where  broken-hearted  youngsters display a memento  from their fractured relationships.The  Broken Hearts Gallery is  supposed to be cute-and-revealing chronicle  of  Lucy’s journey from  rock-bottom  selfesteem to a kind of  elevated  self-glorification where all  her blind spots begin to shine in  a self-revelatory  light.

The  quirky  whimsical  musical joyride is  way too giddyheaded to be taken seriously. But the  point  of putting Lucy into a position of  vulnerable  heartbreak  and redemption is  to  make us  feel for her instability  bolstered  by  a determination to pull herself out  of   the rut without  losing  the spirit  of buoyancy .

Lucy never speaks  normally.All her conversations  sound like fortune cookies  from a Chinese restaurant that is open during the Covid only for those clients who  promise not to laugh at the selfimportant  predictions from those cookies.

It  is  to Geraldine Vishawanath’s credit that she ploughs  through the wafer-wispy  plot as if he she was  Joan Fontaine  in an Alfred Hitchcock  film  trying to find  a reason  to be giggling while her  life falls into  shambles.  Vishwanathan is adept at  keeping spirits high. It is her will to weather  all storm  that keeps  the otherwise laughably flimsy   screenplay from falling apart.

Ms  Vishwanathan  and  her Australian co-star  Dacre Montogmery make  a  well-groomed  couple. When together  they sing  Elton John’s Don’t Go Breaking My Heart, as  friends cheer and whistle, I got the  point. The Broken Hearts Club is  a film that doesn’t take  life  too seriously. It expects  us to do the same and  excuse  and embrace  the film’s excessive zeal and  lavish optimism.