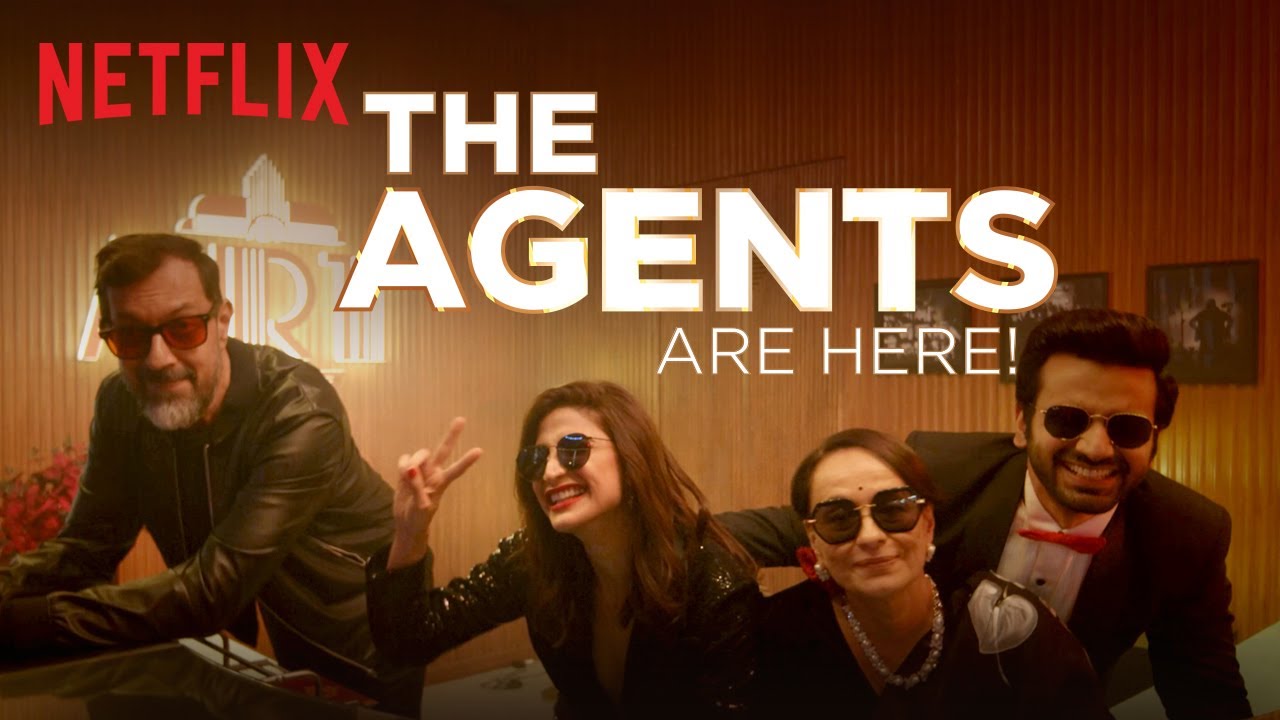 This  adorable adaptation of  the 2015 French series is  the picture-perfect post-pandemic  panacea with  a heart that beats and  loins that throb . It is everything that an adaptation should be:  respectful to the original but not slavishly so.

Slave reminds of Ali Fazal who in one  of the  sexy sextet of episodes  plays  a medieval slave to Richa Chadha . For a film being directed  by Hussain Dalal (who by  the way has co-written  this arresting adaptation  along  with his brother Abbas, and what a wonderful  job they’ve done). Now , hear this.  According to the  script, Rich and Ali have broken up  and  must now perform a ferocious love-making scene  for the camera.Ha ha ha.

The  series is littered with  such luscious  inhouse  jokes  about Bollywood,  like Tigmanshu Dhulia  making a film called Paiydashi Killer  co-starring Lilette Dubey and Ila Arun who , according to the  script, can’t stand one  another.The two actresses  just kill it in the catfights.Nandita Das lets her beautiful hair down  to  play  an actress-filmmaker trying to make  a hat-kar masala movie with Jackie Shroff . The film is supposed to star Jackie and a  canine. Teri Meherbaniya, Part 2?

Sarika and her real-life daughter Akshara  are imagined as  a  warring mother-daughter, a kind of Bergman burlesque with Farah Khan trying to convince the two to do a film together.My favourite cameo is at the beginning of  the series by Dia Mirza. She  is  an “aging” star who must choose plastic surgery for a Hollywood part. Ms Mirza made me  think of  how unfair our movie industry is to some actresses, Mirza  included.

But it’s the  permanent characters  of the plot,played so wonderfully by a gallery of insanely talented  actors , who won me over. Playing professionals in a on-the-skids talent-management  agency, these actors  are  so good at their  jobs, they make their  onscreen jobs look real. You don’t have to be  film PR person to recognize them and their constant coping with star-tantrums.

Specially pre-eminent are Rajat Kapoor as  the quietly manipulative Monty, a senior  at the agency who must accept his illegitimate  daughter Nia (played by social influencer Radhika Seth) before  the show  is done, and Aahana Kumra,  the fearless feisty firefighter  of an actress who  doesn’t mind looking  ridiculous if the need arises. Aahana plays  Amaal, a kamaal  ki lesbian with temper tantrums  problems  who more than  meets her match  in Jasleen(Anuschka Sawhney) , a tax  assessor with  has the hots  for  Amaal. Their romance plays  out like  a rippling riff in a buxom musical refrain that is warm intimate relatable and  sometimes sad.

I loved almost every character specially the Agency’s North-eastern receptionist Nancy(Merenla Imsong) who nurses a secret desire to be an actress.  There are some exceptional actors at work here.The discovery  of the series is Ayush Mehra  as  Meher a Parsi boy who is ambitious  but not  heartless ,who  walks around at home in his traditional  night outfit and is quite  a ladies’ man at work.

Come to think of it, every actor  gets  to play  a real fleshed-out characters with  desires  so  tangible they seem desirable even in their worst  moments. You  don’t have to know  Bollywood inside-out to love this  show. You just have to know a bit about human nature. The  series takes care  of the rest.Don’t miss  it.