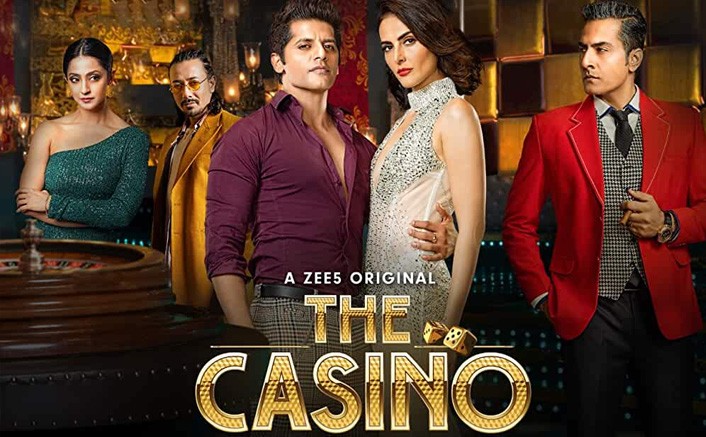 Care for some old-fashioned  maila-drama, the dirty doings of the filthy-rich that we  just couldn’t get enough in the good old days  of  The Bold  & The Beautiful and Khaandaan?

These  super-rich  folks, I  tell you! They  sleep with everyone, including  their almost-stepmom. The  very  alluring Mandana Karim is  joined at  the  hip with  casino-owning billionaire Sudhanshu Pandey  who looks Vijay Mallaya on a strict dirt  of salads and sex.But  he’s also  dating and mating the  tycoon’s son which  makes this the messiest triangle since the Bermuda one.

Mr  senior moneybag Marwah holds Rehana(Ms Mandana)  close to  his chest like cards during a game of poker.  But she, clever  woman, has designs on Marwah Junior played by Karamvir Vohra  who has obviously not seen Abbas-Mustan’s Aetraaz. If  he did he  would know what  seductive vampish women can do to a  marriage.

Rehana  wears  slitted dresses and smokes cigarettes,  only  bad women do such things in Bollywood…and this is Bollywood  on the small screen. The  series spares no expenses to make the  frames look inviting .Picturesque lakes,  beautiful women, smouldering songs(I  like Sunidhi Chauhan’s  title song specially the way she says Casino, makes it  like  a Kiss-she-know) and sense  of keeping the audiences’ faith alive keeps you going through the Sidney Sheldonesque  peek into over-privileged hedonistic lives.

Sushanshu Pandey  and  Karanvir Bohra do well as father and son playing against each other while  feigning a mutual  respect for each  other’s space. There should have been more of these two on screen  rather than the  assortment  of  curious cops and perverse politicians,

Also Read:  Did Rhea Chakraborty Stop Sushant’s Family From Communicating With Him?

Mandana  Karim looks  hotter than July. Of course she can’t act. Who expects her to?