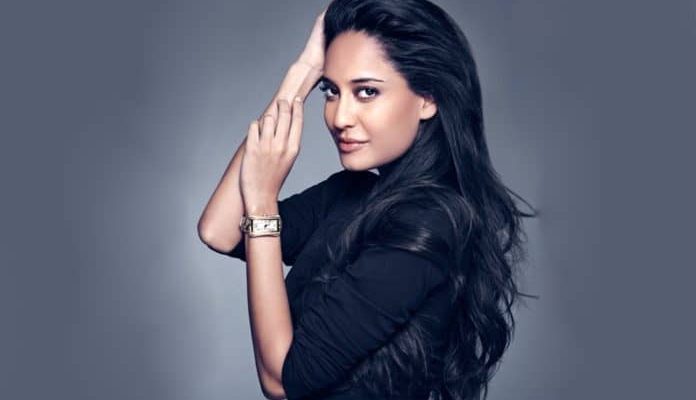 I seriously thought she had  the  potential to be another Zeenat  Aman. Pert,uninhibited, sensuous  and  spontaneous, Lisa Haydon  kind of  exploded  on screen in  a walk-on part as  an airhead  in Aisha. I thought  she should have played  the  title  role.  But then  excuse me, she  didn’t have  a family empire to  feed her vampirical  designs of self-fuelled stardom.

Lisa was an independent  bird, unconnected to the  film industry.She probably didn’t know the difference between  Yash Chopra and Yash  Johar.

Just like Zeenat. But strangely , Zeenat got her stardom in spite of her very natural Westerized  demeanour. Lisa didn’t. Maybe she  didn’t give it time. I though she   was charming and disarming as the trio  of lechers  Anupam Kher,  Piyush Mishra  and  Annu Kapoor’s object  of  lustful adoration in Shaukeens, that very poor remake of Basu Chatterjee’s  Shaukeen.

While  everyone in Shaukeens  hammed, Lisa  was just her  beautiful unselfconscious herself . Rati Agnihotri who  had played the same role in  Basu Chatterjee’s original  told me she liked what Lisa did in the remake.Lisa was also splendid as  Ranbir Kapoor’s ex-girlfriend in Karan Johar’s  Ae Dil Hai  Mushkil.As the clueless Lisa D’Souza  she  walked  in  and  walked  out, head high,spirits  higher,  with just  3 minutes of screen time.

Lisa  was better than everything else put together in  Ae Dil Hai Mushkil. Karan  told me he named the character after Lisa just as  as he had named Rani’s character Tina in Kuch Kuch Hota Hai after Twinkle Khana(Tina being her  nickname) because the part was written  for Twinkle.

The piece de  resistance  of Lisa’s career  is of course the fabulous Vikas Bahl romp into a woman’s womb  in Queen. As  ‘Queen’ Kangana Ranaut’s  buddy  Vijaylaxmi Lisa was  plain and simple,  the scenestealer.

(Please note: I will desist  from praising Lisa any more in Queen  , as I  am basically  a coward and  don’t want to be called  hurtful names like cockroach ,bandar etc  and declared anti-national, etc)

Given time, Lisa  would have  grown into stardom  organically.  But here is the thing. She found something  much better than stardom. She found  true love. Wisely and quickly  she married Dino Lalvani  in 2016 and quit Bollywood  and  left the  country to be Mrs Lalvani and  the mother  of three  children in  quick succession.

I know  of so many  screen queens who have  given  up the chance  to marry, only to finally end  up  as a lonely spinster  or  in a compromised marriage.

I don’t know Lisa . But I do know she has a better marriage and family life than 90 percent  of  the actresses in Mumbai. Yes, she chose well. As for stardom, who  knows? It may be hers to take somewhere  in the  future.

Happy  Birthday, Mrs  Lalvani. The babies are as  gorgeous as  you.