Practice what you preach. Priyanka Chopra forgot the validity of  this adage when at her wedding in December  last year in Jodhpur she  was seen enjoying a fireworks  display.

Suddenly her  reputation went   up in the sky.At least for  a while.Here was an actress who has privately spoken up about noise and smoke pollution caused  by fireworks, and there she was  enjoying the poison that she had condemned publicly.

A co-star-pal of Ms Chopra commented, “It was her wedding. She was just having fun, some unthinking  fun. I agree she should have been more careful with what she was  doing.But it’s okay.No harm done.”

Actress-producer Pooja Bhatt spoke about the  need  for celebrities with a  voice to make sure their private conduct doesn’t contradict their public image. “I can only speak for myself…  I have always been the same person in my personal and public space.The world today and especially most of the youngsters are two different animals in their personal and public space.There is no room for truth in most of the lives they share with people… ironic since this is a time of social media where apparently you let people see you for what you are and intimately… yet there is zero intimacy.. just carefully manufactured illusions of reality.”

Shabana Azmi has  constantly voiced her strong opinion on  social issues admits it is imperative that the powerful voices in  our society desist from  dithering. “My father Kaifi Azmi was a rare  poet who practised what he preached whether it was on women’s empowerment,  communal harmony or social justice.But it’s a tough place  to be in bcause celebrities are judged more harshly than others and people are quick to nitpick .I am very informal with close friends and can be quite a maverick but social media is so all-pervasive that what’s fine in an intimate circle    becomes public almost immediately.I think one must be mindful but it can’t be stretched to impossible limits.”

Industry spokesperson Ashoke Pandit  sees an urgent  need for celebrities  to  practice what they preach. “The celebrity  should be educated enough to comment on that particular subject.Once the comment is out in the public domain  the celebrity must abide by it.  He has a responsibility towards the society as people follow them. Moreover they should follow what they preach. One should be very careful when one has to comment on sensitive issues.”

Actress-environmentalist Dia Mirza  feels an imperative  need for actors to maintain an equipoise in their overall conduct.

Says  the actress, “I personally believe that if one consciously believes in a value system and has outwardly expressed this, then one would also need to consider the importance of reflecting those very values in their personal choices to the best of the individuals ability.This should hold true for all of us. Whether or not we are in position of power.”

The Jhund Fiasco: What Went Wrong With The Bachchan-Manjule Collaboration

Hrithik: “I Am Inspired By My Mom” 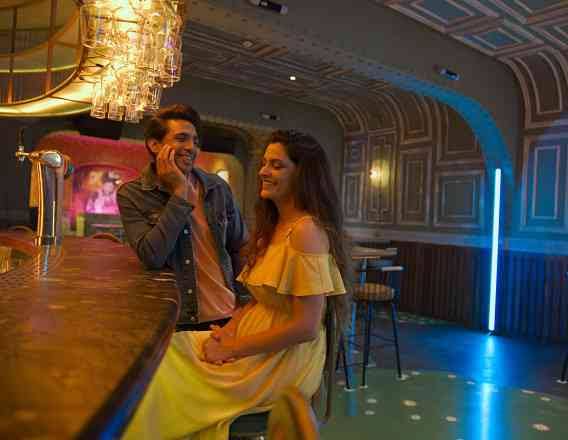 Unpaused Gives Us Reason To Be Thankful For Lockdown