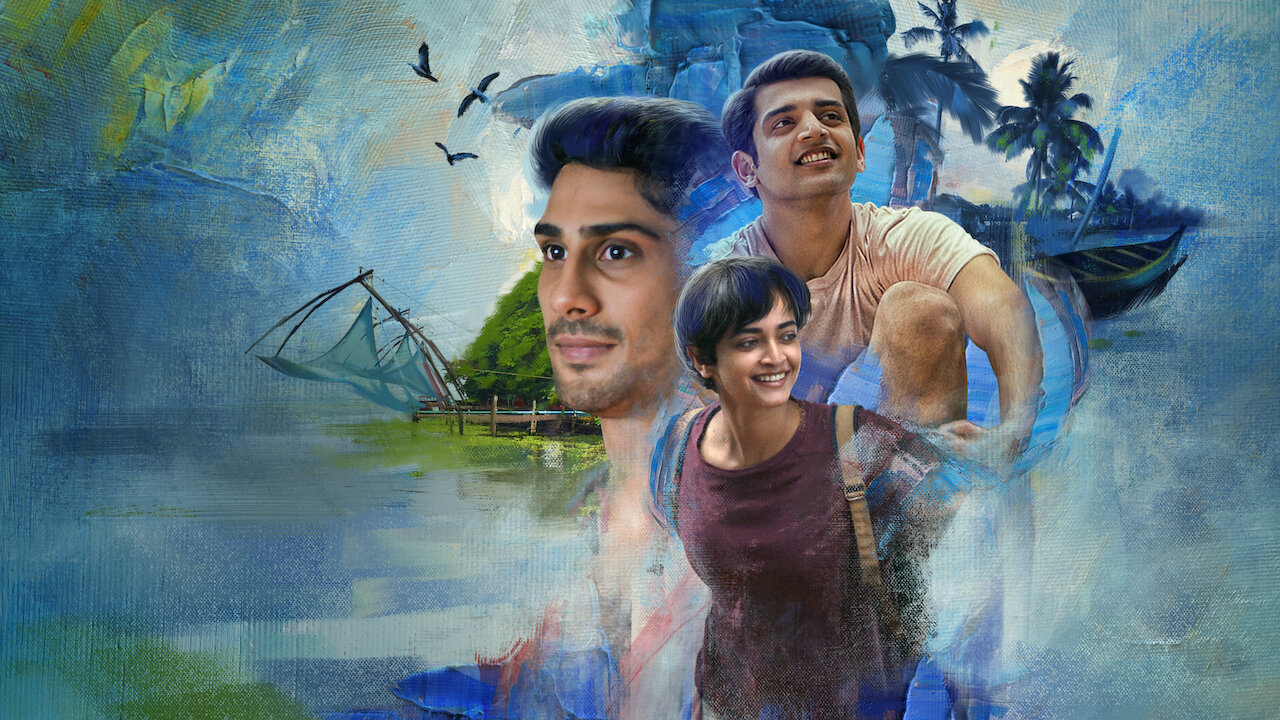 Films about the  LGBTQ community are still very rare  in  India. Producers claim  that family audiences are not comfortable with gay themes in cinema.

Sachin  Kundalkar’s Cobalt Blue has its flaws…major flaws…but it is an important take on the male gaze . That  the novel(by the director Kundalkar) in Marathi  was published in 2006 when Article  377 was  a living reality,makes the film all the more relevant, resonant and  finally deeply  ruminative in  spite  of the  flaws.

In some  vital ways  it reminded  me  of Luca Guadagnino’s  highly acclaimed  hugely successful(in fact the only commercially successful gay film in recent history) multi-Oscar winner Call Mr By  Your Name. As in Guadagnino’s film, the  film is set in an insanely idyllic  coastal town, Kerala in  Cobalt Blue, where a  Marathi  migrant  family takes in a  house guest.

Unfortunately  Prateik Babbar is no Armie Hammer. Repeated references  to him by the characters as  some  kind of  an  ideal  male-gaze material doesn’t quite convince us. The fallow young protagonist Tanay, played by  Neele Mehendale , who falls for the  nameless guest(nice touch,  to keep  the catalyst nameless) is again not  quite the Timothee Chalamet  that the script expects  him to be. Most of the time Mahendale looks high on  something, and  it’s not love.

With its  low aspirations  Cobalt Blue hits some  right notes, specially in the scenes where  Tanay  is shown getting  physically and emotionally close  to   the shirtless and, eventually, worthless guest  who,believe  it or not,  elopes with Tanay’s feisty  hockey-loving sister Anuja(well played  by  Anjali Sivaraman).

The twists and turns  in the  plot are  not  always  believable or even logical. What  stays with you after the  film is its unspoken lyricism, its  unstrained depiction of  same-sex love in  a  conscripted society.Neil  Bhoopalam gives the  best performance of the film as  Tanay’s  anguished  closeted  gay teacher  hankering for a release.

Tanay  finally  escapes his hometown  and we see posters  of Deepa  Mehta’s  groundbreaking  film on lesbianism Fire  being plastered on the wall.  This  brings  me to  Deepa Mehta’s 2017 film  Funny Boy about a gay Sri Lankan boy growing up in his  war-torn  country . Funny Boy remains blacked-out  by Netflix India while it has been shown  in the rest of the world by Netflix.

Cobalt Blue too has had a rough journey. It  was  commissioned  by Netflix in 2018. After  its completion  the release was repeatedly  postponed. Now it streams  without even a  whimper  of publicity  or marketing.  I am told the director has  distanced  himself from the  film. How sadly ironic  that a film which talks of  bridging the gap is  isolated  from its creator.