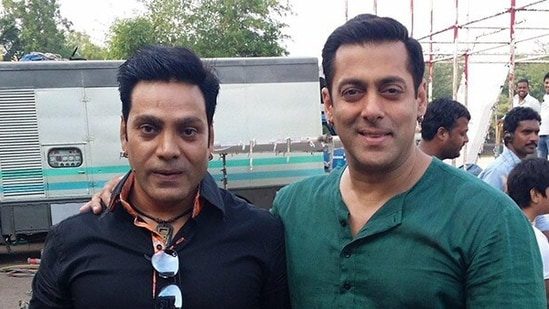 The sudden death of Salman Khan’s  body double Sagar Pandey  is  a major  setback for the Superstar. Sagar  performed  all  of Salman’s stunts, easy difficult  or dangerous,   in his  films during   the last ten years .

The deceased stunt man,  said to have  collapsed due to over-exertion  at the  gym,knew  Salman’s body language  in minute detail and could pull of the  most intricate  action  sequences exactly as Salman would have.

And now, to find someone else to replicate  Salman Khan’s  stunt moves on camera, sounds like an impossibly  tall order.

A  director who  has worked closely with Salman says  Sagar was  an indispensable  part of Salman’s stardom. “This  guy(Sagar Pandey)  was like Salman’s  shadow.  He  knew  Salman’s reflexes  and would react accordingly when  standing  in for  Salman in high-risk and  low-risk stunts. Now to  find someone else at  this stage  of  his career …sounds  very tough.”

Several  directors share that Salman has stopped  doing his own stunts for some  years now  and  leaves the  rough stuff to his  body double.