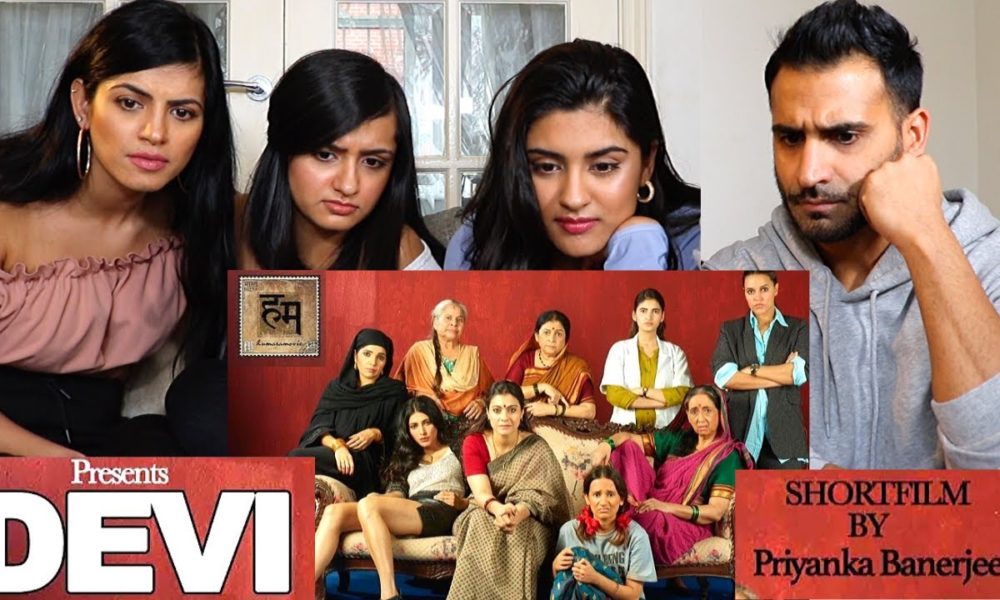 Royal  Stag Barrell’s  short  film Devi doesn’t need recommendation.  Not when  Kajol  is a part  of  a dazzling ensemble cast . Most films are  the  director’s medium. Not this one. Devi depends for its power and  efficacy  on the  gallery of resplendent  actresses all  locked together  in a large room, caught in various positions of  self-confessional recline.These women, all rape  victims,  have  nothing much to except talk.And we soon know  why.

So listen  in. Because  what these  ladies are saying about what has happened to them has a deep-seated impact  on  issues that  go far beyond gender  biases. All the voices  grow urgent as the  brief 11-minute narrative unfolds. The sheer pleasure of watching so many talented actresses  of every generation  from Neena Kulkarni  to Yashaswini Dayama(remember her as Radhika Apte’s nosy neighbour  in Phobia?) under the same proof is a goosebump-worthy experience.

There is  no male actor  in the vast cast. Even the newscaster on television is  a woman.

Kajol serves as a kind hostess of the ceremony. She is  clearly in-control of a  situation that threatens to spin out of  control at any  moment. Writer-director  Priyanka Bannerjee puts no  pressures on the actors to make their presence felt. They are all locked in a  state  of sisterly solidarity supporting  a  common cause.

Still, Neena Kulkarni  and Mukta Barve left a deeper impact on me than the  rest. One was  overly aggressive and hostile, the  other was in a burqa . Venom or veil,they both despised what  life had done to them.

Devi ends on  a shattering note with a little vulnerable visitor barging in for shelter. My heart had broken by then. For all those who think the  convicted rapists and murders of  the Nirbhaya case should not be hanged, Devi is a timely reminder  of  all those women whose lives have been destroyed by the lust to subjugate women.