Did Bad  Reviews For Kagaz Ke Phool Kill him Or  Was Unrequited Love The Reason For Guru Dutt’s  Suicide? 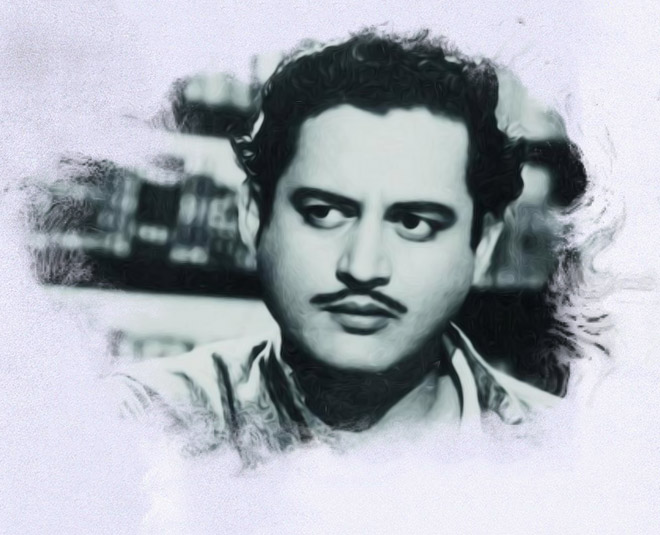 On  10 October, 1964  one of Indian cinema’s most gifted  filmmakers  ended his life.  Guru Dutt was only 39  .Some  say the  bad reviews for his  most celebrated  work Kagaz Ka Phool did him in. R Balki’s new  engrossing thriller Chup  explores this  line of thought.

Some say  Guru Dutt Padukone (yes Deepika is  related  to him)  died  of an  accidental  overdose  . But most  of us believe  , Guru Dutt died of a  broken heart. Hopelessly  and  tragically  in love  with the  beauteous  Waheeda Rehman, Guru Dutt ended  his life because without  love, there was  no life.

And  Guru Dutt  loved his muse and his raison d’etre  more than he loved life. He  discovered her  in Hyderabad and encouraged her to come to  Mumbai to become  a leading lady , which she  did. In no time at  all he was  completely  in  love with  his  new  leading lady. The  only problem was with  Guru Dutt’s marital status.

He was  married to singer  Geeta Dutt who was  not  willing  to let him go. Her husband’s extra-marital  relationship  turned the  very gifted Geeta Dutt into  an alcoholic wreck.Waheeda, on the otherhand, was not willing to be the OtherWoman. She  made  it very clear  to Guru Dutt that  she would continue working with him,but  there would be  no relationship beyond  the  set.

The realization  that  he would  never  find the  happiness that love  brings to  an individual, killed  Guru Dutt.

Strangely,  Waheedaji continues  to deny  any relationship,ever,  with Guru Dutt, When  asked about it she dismissed  it as  mere  gossip.

What could be  a greater insult to  man who  gave up his life for love?

Incidentally  many  incidents shown in Guru Dutt’s  Kaagaz Ke Phool  including the  way  the  director ‘Suresh’(Guru Dutt)  discovers  his heroine  shivering in  the rain, was taken from  their real-life relationship.

Jacqueline Was Warned By Salman To Stay Away  From Sukesh