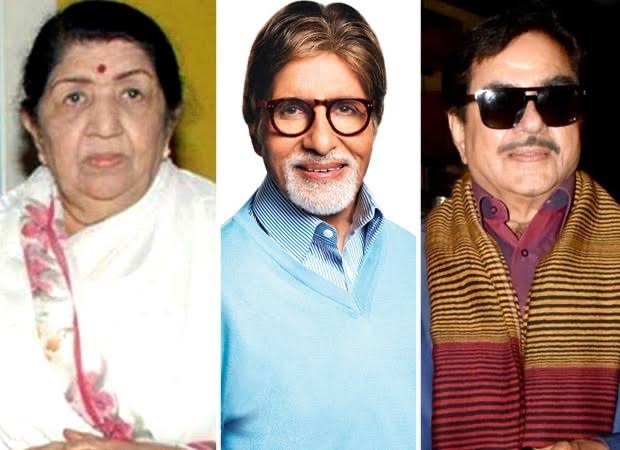 Except  Ektka they have all decided to forego Diwali festivities this year.

Says Shatrughan Sinha, “Diwali this  year should be  about prayers  and  gratitude. Gratitude that everyone from the  family is  healthy and prayers  for  those who have lost dear ones. I don’t think  there are  any Diwali parties this year in our film industry. Not even the famous Bachchan Diwali  bash this  year.”

Says a member  of  the  Bachchan family,  “We’ve all  recovered  from Corona and there was never  a question of  a normal Diwali this year.”

Lata Mangeshkar has  a  heartwarming  Diwali message  for all  Indians. “Light a  diya  or a candle in remembrance  of those times when we took normal things  for granted. And let’s all pray  that Diwali next year would be normal again.”

Ekta Kapoor’s Diwali spirit   seems  unaffected by  the  Corona crisis.Just two days  after  veteran  actor Jeetendra declared that he won’t be hosting a Diwali party this year  in deference to his  deceased  best friend Rishi Kapoor’s  memory, Jeetendra’s darling daughter  Ekta Kapoor  thumbed her nose at every  shred  of  decency and  hosted a Diwali party at her residence where the  entire elite  of the television industry showed  up….

Mask-less!! A  symbolic gesture  perhaps  to show the world and its favourite  chartered accountant that the privileged  uppercrust  of  Mumbai’s entertainment  industry doesn’t give  a flying  buck for Coronova , joblessness and insolvency. Just outside Ms Kapoor’s palatial bungalow there are  ground-level workers from the television industry where she  makes her  millions of bucks –the technicians,the  assistants,  the kitchen workers– wondering where their next meal  will come  from.

An actor who  has worked with Ms Kapoor in the past says  he  hasn’t stopped feeling nauseous ever since  the invitation came from Ms Kapoor and her thriving Balajee fraternity.  “A Diwali part  at  a time of this pandemic?! And that  too when hundreds  of wage earners are  not  being paid. What was she  thinking? Far from attending  the  party,  I  kept hoping better sense  would prevail and  she  would cancel the  vulgar idea. But these people  live on a different planet.”