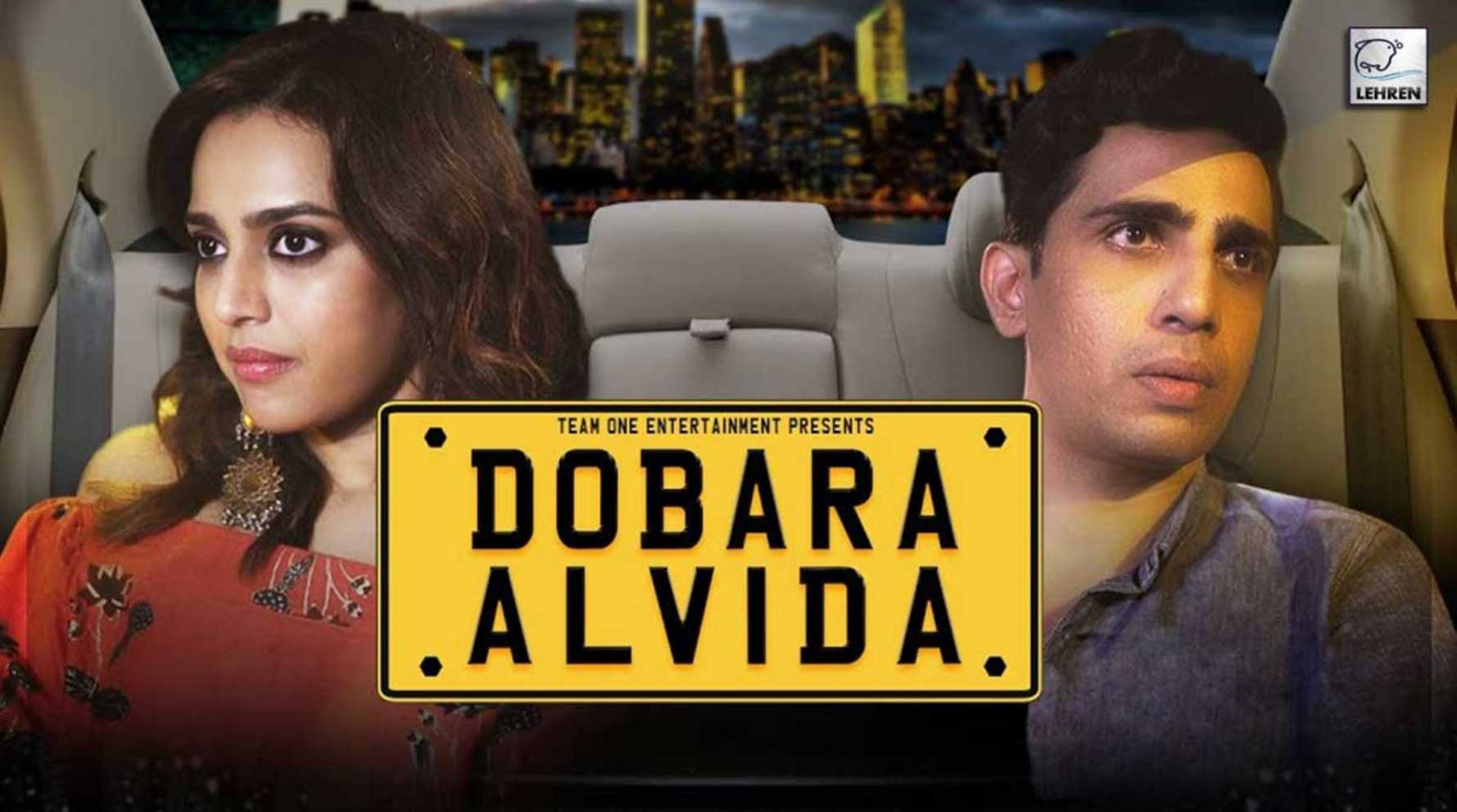 Swara  and Gulshan  , SwaGul  at one  time ,  now separated, have  less than  30  minutes  in their  shared  cab to get re-acquainted.It is  a stale premise served up with no  inviting  toppings. Forget the tadka even the gol-mirch  is  missing. The talkie  trots along sleepily, and since the  title is  a dead giveaway(Alvida  Dobara?  Goodbye Again?)we know  exactly how  this  shared-cab  reunion  is going to pan out.

Swara Bhaskar and  Gulshan Devaiah are actors who  always  make  sure they are  able to instill some  credibility beyond the script to their characters.  They  try their utmost to  keel the interest level from  flagging. But it doesn’t take us  time to see where this brief road movie is  going.

The  conversation between  the former lovers is  stilted to begin with. They then warm up. The  Uber-cool  driver chips in, “This cab  has proved lucky for you two. It has reunited  long-lost friends.”Swara then politely asks the  cabbie(a  more interesting character than his passengers) if he is  married. She  then gets to crack a  feeble and offensive joke  about  the  cab driver and his  wife’s name.

Clearly this  conversation  is  not  getting anywhere.In the  next few moments  we get to know that Swara  likes sweets,  is wearing earrings(hideous ones at that) gifted by Gulshan, and that she reads his horoscope  in the  mornings , just to feel  connected with him.We  finally get to  know that they  separated because she was  actively domineering while he was passively domineering

I don’t know what the driver’s response to this psycho-babble  would be…perhaps, ‘Cabbie Cabbie mere  dil mein  khayaal aata  hai’?

We  don’t know. The ride has ended. And Arjit  Singh’s soulful title  song  (which I  suspect is the  reason  why this short film  about a long taxi ride was  made)  begins…But wait! That’s  not Arjit Singh .It is  some soundalike called Krsna Solo. A  deadringer  in a short film with a title that is  dead giveaway .It can’t get any deadlier than this.