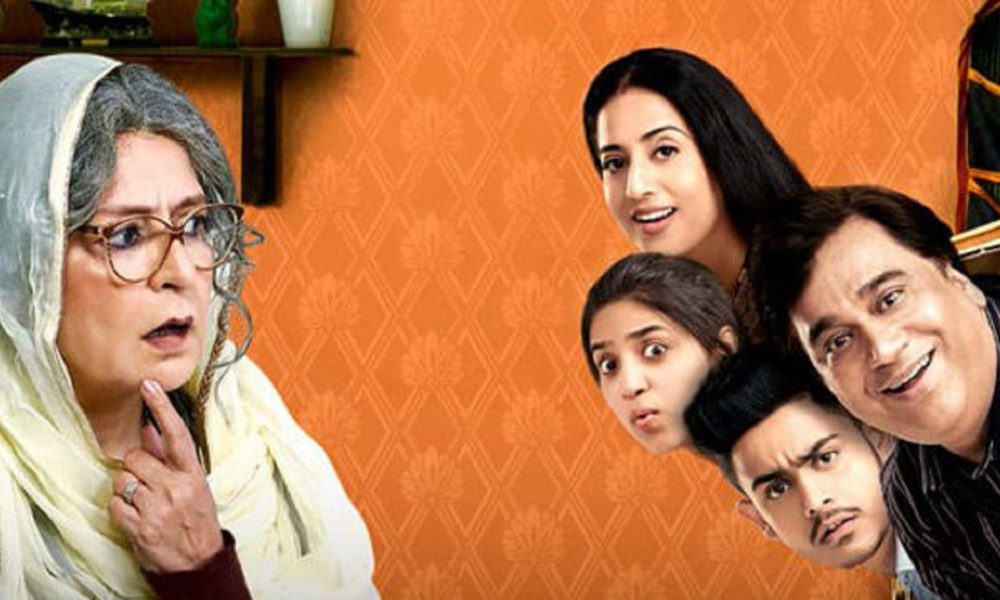 Some ideas are best left on paper. This film must have been a ROLF affair when the team  must have sat  over  chai and pakodas, congratulating each  other for  the uniqueness  of the idea.

Sadly, this  heartbreaking comedy loses  its  body and soul in translation. The screen rendering is so flat that I wondered how reasonably  competent actors could  be such failures delivering lines that must been funny on paper. On screen the gags skits and  jokes sound like exchanges  between  teenagers on  a particularly daft whatsapp group.

Grandma Dolly Ahluwalia   hams while in coma and hams even more on coming awake.  For that miracle of  the awakening  to happen, we have to wait a  good half an hour into  the  sorry storytelling .If I had any sense, I’d have bolted out before the lady awakens, because  the  characters  with their provincial  precocity will put  you to sleep by the time grandma wakes up.

Once Dollyji is awake,  jokes about Ramayan and Buniyaad , cellphones  and  dish antennae burst  into the plot like unseasonal  rain. There are lots of penis and tatti(excreta)jokes  too .All this  is  meant to be  monstrously funny.Sadly,the intended humour gives  off the  air  of a fetid skit that even national television Doordarshan would reject.  Just who thought this  was worth putting into the  public  domain is  a  mystery I’d love to solve.

Manu Rishi Chadha as  the  householder trying to hold  the  plot together is the bravest actor I’ve seen since  Ashok Kumar in  Manoj Kumar’s  Clerk  trying to do the Independence Day   parade  lying  prostrate on bed  in a comatose state.

Like Dolly Ahluwalia’s character this is a comatose comedy coming alive long after Doodarshan  skits went out of style.An embarrassment  for all .