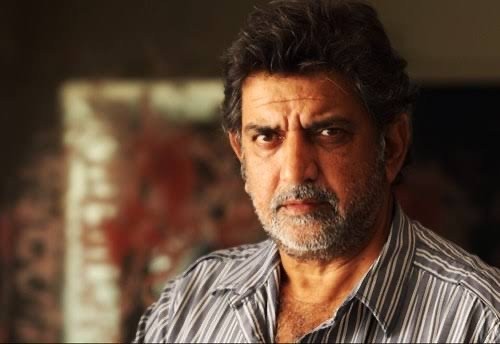 One of India’s  most accomplished cinematographers  Baba Azmi’s directorial  debut  MeeRaqsam about  a sprightly  young Muslim  girl’s determination to  learn  Bharat Natyam has  won  for Baba the Best Debut Director at the just-concluded  Indian  Film Festival Of  Ireland  in Dublin .Sister Shabana Azmi and  brother-in-law Javed Akhtar just can’t stop  preening. Says  Shabana, “I am extremely happy but its Javed who is behaving like a PROUDY and smiling away saying . ‘Yeh film bahut achchi hain aur mujhe yaqeen tha goti sahi khaane mein pahunchihai!’  He is hosting a small lunch at home today for the family .Baba is underplaying as is his wont but my sister-in-law  Tanve is thrilled !There is something about the film that has touched  hearts and its received rave reactions from people as diverse as Shyam Benegal and David Dhawan. MeeRaqsam is a film that would have made our father Kaifi very proud. The film was launched in Mijwan on his birthday in his birth centenary year . There can be no greater tribute paid by a son to his father.”

Shy reticent filmmaker Baba Azmi  says,  “Everything just fell into place.The key cast  simply fell into place. Naseerudin Shah, a dear friend, was  my first and    only choice  of  the cleric’s role. We’ve known each other for  30  years. I was  the cinematographer in his  starrers Woh 7 Din and Bezubaan. We’ve remained friends. So when  I  asked him I wasn’t surprised  when he said yes.”

Recalls Baba emotionally, “ Naseer was in  no condition to shoot. He was  suffering  from  a severe back problem, so severe he couldn’t sit  and had to take  a nap standing.In that condition he travelled  to Mijwan(the Azmis’native  village where  Mee Raqsam was shot).  Imagine travelling from Varanasi to Mijwan by car in that condition!  The minute Naseer arrived he  wanted to start shooting. His enthusiasm  was  infectious.”

Finding  the child actor Aditi  Subedi  who plays  the other  protagonist   was far more difficult.

Says  Baba,  “I needed   a child who was  an actor and  a  Bharat Natyam dancer. Aditi had  no experience  in either field. But  she idolized  my sister Shabana and had told her she wanted  to be  an actor like her. I auditioned several girls but the minute I sawAditi I knew I had found my heroine Mariam.  I gave her  some scenes  to read and she  was magical. As for the dancing we  hired a Bharat Natyam  teacher  Deepali Salil. We gave her  three months to  train Aditi. But she said it won’t be  enough. Poor Aditi  worked really hard. She was in Mumbai staying with us.She would go into a corner and  cry over  her bruised  swollen knees.  But she  never complained .She  was afraid I’d put her on the first  plane  back to  Mijwan.She and her screen-father Danish Hussain are  exceptional.”

Mee Raqsam touches  on the  sensitive issue  of  a Muslim girl’s determination to learn BharatNatyam.

He sighs, “Mee Raqsam was born out of a spirit  of  harmony and  peace. It is  inspired by  my father(Kaifi Azmi) secular  ideology in life. It teaches  us the value of cultural  assimilation.  My film was  born out of a feeling of harmony, not hatred  and  strife.”