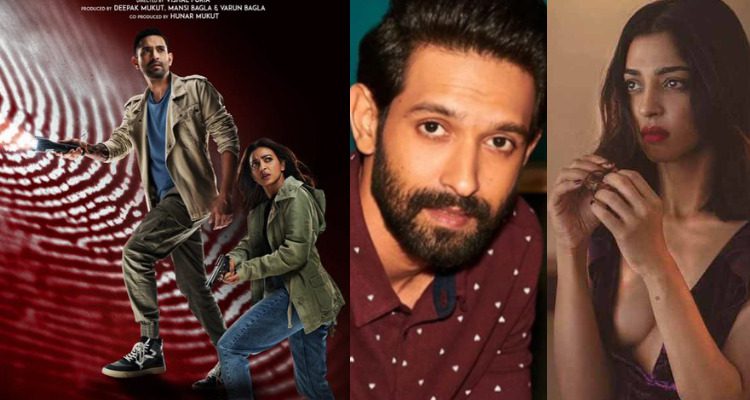 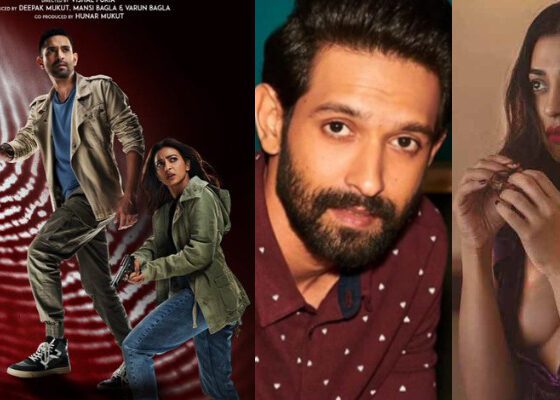 Sitting  through  the Hindi remake of the 2020 Malayalam whodunit Forensic, is like  watching  a mob lynching incident. Not a  pleasant way to  spend one’s time.

The mauling  that  the remake  makers have  done  with  the original  film is inexcusable thoroughly condemnable,there should be laws protecting  the source-material from such  serious lynching. Just because a producer buys the rights  of a successful film, he should by no means have  the right to  subject the  original to a fury of  absurd alterations. The  relationship  between the original and the remake  should be that between  the landlord and the tenant.  You  can’t add  rooms or break walls .

Then of course  there is  the  bad acting. Tomas Tovino  in the original was Samuel,  a forensic expert  with  a  delightfully wicked sense  of humour. In the  remake Vikrant Massey , usually a dependable character, makes  the forensic expert  seem  like  a cross between  a petulant child and an insensitive professional.Radhika Apte playing Massey’s  sister-in-law and a cop investigating the gruesome  murder of little girls, looks like she has other  things  on her mind.

At a  murder spot, Johnny(they spell his name as  ‘Jhonny’ in the  film) makes a joke  out of the  victims by  reciting ‘Johnny Johnny , Yes Papa’  with his own words  substituting into  the  original  nursery rhyme(quite like what the Hindi remake  of  Forensic has done to  the  original) and reciting it in both a male  and female  voice, like a mock-dialogue between  the  murder victim and her murderer.

The  trans character is vital to the  plot. It is   a new character, an add-on, not a part of the  original film which  Akhil Paul and Anas Khan had co-written and  co-directed  with far more  sensitivity.

I must say, the remake  is very badly written. Changing the identity of  the murderer at the end is a creative crime that  needs to be  probed seriously. The brains behind  the remake would argue that  the murderer’s identity had  to be changed , as  the original killer had already been exposed  on the  OTT platform.Like the password to a  hacked account?

This is exactly why the Hindi version of Forensic, with all its crimes against the  creative process, should not have been attempted, let alone attempted so oafishly. The  denouement  in the  Hindi version is so bizarre it leaves us  not just scratching  our heads  but also provokes  us to climb up the  nearest wall. Why would any filmmaker do this to a  film? It is downright  desecration.

Writer  Javed  Akhtar  whose Zanjeer was remade into  a  disaster,  is not opposed to remakes per se. In fact Salim and Javed once remade a 1959 film called Do Ustad in 1974 as Haath Ki Safaai. Some films have  a reason  to be remade.With the passage of   time some classics   could be given a  new interpretation.

But  certain classics are sacrosanct and inviolable. You can’t remake Sholay, Mughal-e-Azam or Gone With The Wind Or Ben Hur.No one should dare to tamper with these  classics because this scripts couldn’t be carried any further. But there are other films that can be improved on.Martin Scorsese who is one  of the most respected directors in the world  remade the 1962 classic Cape Fear very successfully. Martin Scorsese got his first Oscar for best director for a remake The Departed.

Javed Akhtar would like  his own Sunny Deol starrer  Arjun to be remade. As the  screenwriter he feels he can improve on the screenplay.The  Salim-Javed scripted Haath Ki Safaai was based on a 1959 film called Do Ustad which starred Raj Kapoor and Sheikh Mukhtar.When  Salim-Javed   saw Do Ustad,they sensed the potential in the plot that was lost in translation . Javed feels  Haath Ki Safaai was an infinitely superior film  to  Do Ustad .

I wish we could say  the same about remake of  Forensic.

The Cop Who Framed Nambi Nambiar Is Accused Of  Anti-Govt Activity, Madhavan  Reacts