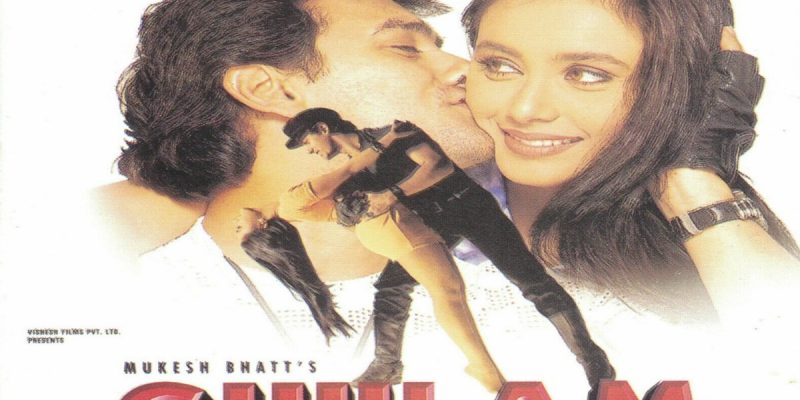 1.    Mahesh  Bhatt was  to direct  this On The Waterfront ripoff.  But when Aamir  Khan showed more than a  passing interest in  the  direction, Mahesh walked out and was replaced  by Vikram  Bhatt.

2.    Mita Vashisht who played Aamir  Khan’s lawyer  spoke  to me   about  Aamir’s interference “ Mahesh Bhatt put his foot down during Ghulam and did not allow Aamir Khan to dictate a particular moment in my performance. I worked with the most powerful directors including Mahesh Bhatt who directed some of my most powerful scenes in  Ghulam before Vikram Bhatt took over.He just ignored Aamir’s objection to something I did in a shot we had together by saying, “Ya ya I saw it—I don’t know what she did, but it was beautiful. okay next shot.”  and he simply walked off to set up for the next shot.Directors like these make you feel ‘yes there is a God who protects acting moments’.

3.   Rani Mukherjee’s trademark husky voice was  dubbed  by a  professional dubbing artiste. She  was  told her voice was not that of a heroine, whatever  that meant.

4.   Speaking of  voice , Aamir Khan sang  for the  first(and so far last) time in  Ghulam .The  song Aati kya khandala composed  by Jatin-Lalit got praise from the  finest singer  of the land Lata Mangeshkar .She happened to mention to me that Aamir had sung the hit Aati kya khandala  in sur. When I conveyed the compliment  to  Aamir he sounded genuinely  zapped.