Uunchai, Not  Quite The Dizzying Heights, But Special

Har Har Mahadev Is The Film To See This Festive Season

Goodbye Is A Classic Example Of What Cinema Should Do 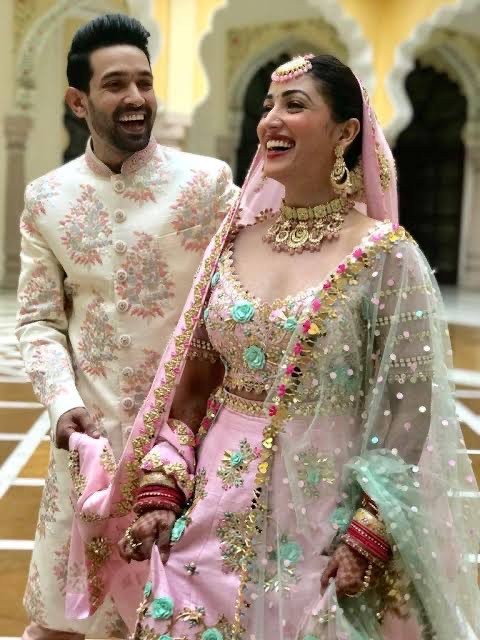 Just when   you begin to think that  2021 can’t get any worse, Ginny Weds  Sunny  comes  along,  a  film so devoid  of qualities  you struggle  for two hours thinking of  a reason why you should see this abomination to its conclusion when  simply giving up and walking  off  would be  a better option.

For those who have been  trying to convince  you into believing that ‘Ginny’ Yami Gautam and ‘Sunny’ Vikrant Massey  can  actually sustain an anorexic imbecilic plot about a  man who  can’t find  a  suitable  match and  a woman who can’t decide whom to marry and her  immature  spoiltrich fiancé who wants  it all and wants it now  (dial ‘M’ for Manmarziyan) , here’s the thing: sorry,they can’t.

Vikran,  a  good actor,   is  no hero material. No matter how  many hangdog expressions he  musters for sympathy , the  girl and the audience  are too smart to  fall for them. As for Yami so  brilliant in Bala,  I could see her struggling with her character  trying to find a core of honesty in a set-up that’s as sincere as  politicians’  speeches before elections.

The  clichéd smalltown romance  has now run its course. The Formula  no  longer excites the audience,  specially when the  male lead  must behave throughout the  film as if he worships the  ground she walks on. Massey  looks lovestruck in  a bad health-worrying way, as if he can’t stop being grateful to his  co-star for  agreeing to work with him.

Massey’s scenes  with his screen-mother-in-law-to-be, played by the  always-watchable AyeshaRaza Mishra,  had the  potential to  rise above  the  abject mediocrity  of  the  plot. Alas, the scope  for  self-improvement remains woefully unexplored by the  script.This is  a project hellbent on hara-kiri.

Apart from  all the  other misery that  the plot heaps on  itself and  the audience,   there are the  songs which  keep playing  every ten minutes in the  background , like  a dinner spread with too  much food  on the table that somehow must be  used up.

So, does  Ginny finally wed Sunny?  Do we even  care?