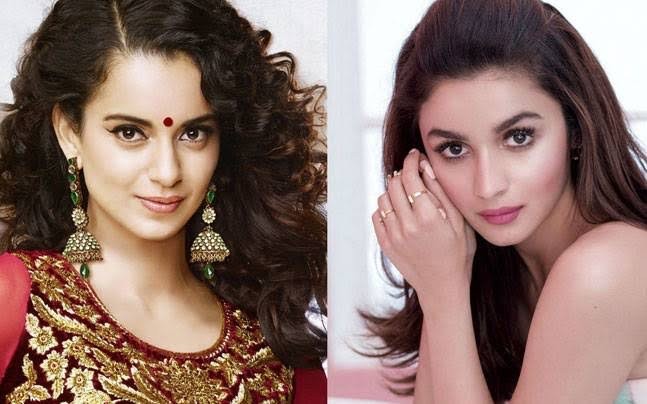 Since there are  no formal awards  functions this year, Subhash K Jha decided to give some of his own.

1.Best  Silent Actor Of The Year: Alia Bhatt who didn’t utter a  word  while Kangana Ranaut carried out  a tirade.  Alia,was so good at  being silently  eloquent that  we hear Sanjay Bhansali has  signed her for a remake  of Khamoshi: The  Musical. It will now be called Khamoshi : The  Whimsical.

Best Actor of the Year:  Arnab Goswami. His  performance in the ‘Mujhe drugs do drugs  do’ monologue on his  primetime newshour ranks right up there with Dilip Kumar’s  ‘Ae bhai itna sannatakyon hai’  monologue in Mashaal.

2.     Best  Publicist  Of  The Year: Kangana Ranaut, for being her own best promoter. She made sure she  was  in the news all through the year.

3.     Best Supporting Actor(s) Of  the Year:  All those “friends” of  Sushant Singh Rajput who crawled out of the woodwork to speak authoritatively  on him. I am  a hundred percent  convinced Sushant would have been hard put to recognize some of   these friends of his.

4.      Best Filmland Father  of  The Year: Chunky Pandey. He took all the jokes about Ananyainhering her  looks from her  mother and  acting genes from her father, in his stride.

5.     Worst Cameo Performance  Of  The Year: Harshvardhan  Kapoor in AK Vs AK. He threw an epic tantrum , screamed, shouted and  writhed on  the floor to get Anurag Kashyap’s attention. Kashyap was  not impressed.

6.     Best Drag Act  Of TheYear: Rajkummar Rao  in Ludo . That girlie act  at the start was so startling  it reminded us  of Bachchan Saab in  Laawaris. Ludohad  a Bachchan in  it.Luckily he has stayed from the drag act so far. Who knows about the  future.

7.     Best Item Song Of  The Year:  AbhishekBannerjee  and Geetika Vidya in the webseriesVishaanu.Most natural outburst  of exuberance I’ve ever seen.

8.     Best  Covid Infected Bollywoodian Of  The Year: Varun Dhawan. He remained  funny upbeat,positive and  motivational all  through his  quarantine.

9.     Funniest Entertainer  of the Year: MukeshKhanna. He had opinion on  every opinion voiced by anyone in the film industry on the Ramayan  and Mahabharat. Wonder who  appointed him the official moral police on mythological matters.

10.  Most Foot-in-the-mouth  Star Of  The Year:Saif Ali Khan.  Poor  guy. Every time he opened  his mouth he  got into trouble.