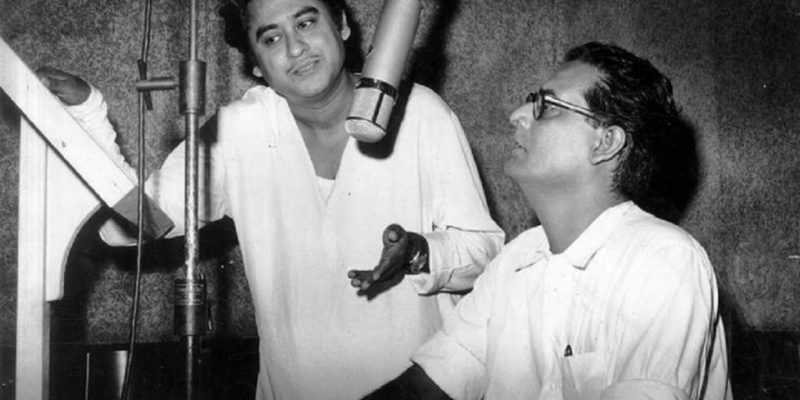 Not many care  to  remember his  vast contribution in the two languages.

Sachin Dev  Burman  was seen as  Bengal’s foremost  contributor  in Bollywood  in  the  1950s  and 60s. His songs  for Guru Dutt’s cinema were rightly celebrated as monumental. But not many know that the most successful and exquisite soundtrack  for Guru Dutt’s cinema  was  by  Hemantda  in  Sahib Bibi Aur Ghulam where  every song  from  Geeta Dutt’s Koi  dur se awaaz de chale aao to Asha Bhosle’s  Saqiya aaj mujhe need nahin aayegi  was  a masterpiece.

“He was  very very successful  both as  a singer and  composer  both in Bengal and Mumbai. But somehow he  never  got his due. But to this  day his songs  like  Hawaon  pe likh do(Do Dooni Chaar) and Dheere dheere machal(Anupama) are hummed,” says Hemant  Mukherjee’s daughter-in-law   actress Moushumi Chatterjee.

Lata Mangeshar who sang most of Hemant Kumar’s  female compositions  feels he had  the  voice  of a  minstrel singer. “When he sang I thought  of a poojari singing in  a temple. Hemantda’s voice had an exceptional purity. As  a composer his range was astonishing. Some  of  the  best songs  that I sang were  composed by him. My favourite is Kuch dil ne kaha…kuch bhi nahin in Anupama. Kitni shanti(tranquility) hai iss gane mein, aur kitni mithaas(sweetness).His songs were  very melodious  and  uncluttured. Unlike Salilda (Choudhary) Hemantda’s songs were easy on the lips. Another favourite  of mine is  Yeh nayan  darey  darey which he sang in Kohra and also Teri duniya mein jeene se  to behtar hai ki mar jaayen  in House No 44.”

There is  another reason  why  Hemantda occupies a special place in Lataji’s heart. “In the 1960s I had almost  been forced to  give up singing. I was a victim of slow-poisoning and  doctors said  it would be  a very long time before I  sing. I was bedridden and  frail  for months.Hemantda came  home , convinced my mother that I could sing again, took me to the recording and  then brought me  back home. The song  we recorded  that day  was Kahin  deep jale  kahin dil in Bees Saal Baad,one of  the best songs  of my career.”