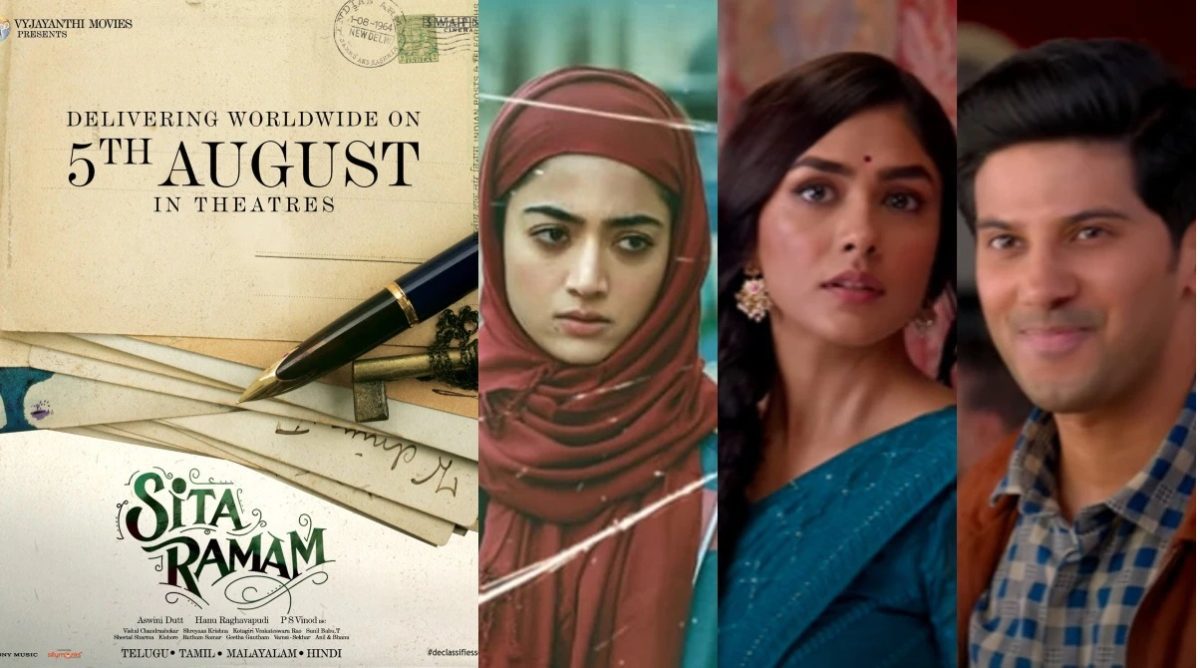 While  Hindi films made in Bollywood continue to suffer a fate worse than  death, their Southern counterparts continue to thrive not only in their home territory but also in the rest of the country.

After super-success  of    Pushpa The Rise(coinciding with ‘Bollywood The Fall’)   the execrable KGF 2 ,and now the bizarre Telugu  hit Kathikeya 2 ,  a completely different non-action  film is  all set to create waves in  the Hindi belt.

Sita Ramam  is a  Telugu-language period romance film written and directed by Hanu Raghavapudi and produced by the distinguished  banner  Vyjayanthi Movies. Since  its release on 5 August the  film has gone from strength  to  strength and is now  declared a blockbuster.

A  Hindi version of the  will be released very shortly. The  intense love  story  stars  Malayalam  star-actor Dulquer Salman(in his Telugu debut)  as a soldier  and the two women,  Mrinal Thakur and  Rashmika Mandanna  in his  life.

Dulquer who has not had much luck in Hindi  with Karwan(in 2013)  and The Zoya Factor(2019)hopes  to finally make  a dent in the Hindi  speaking  belt with Sita Ramam.