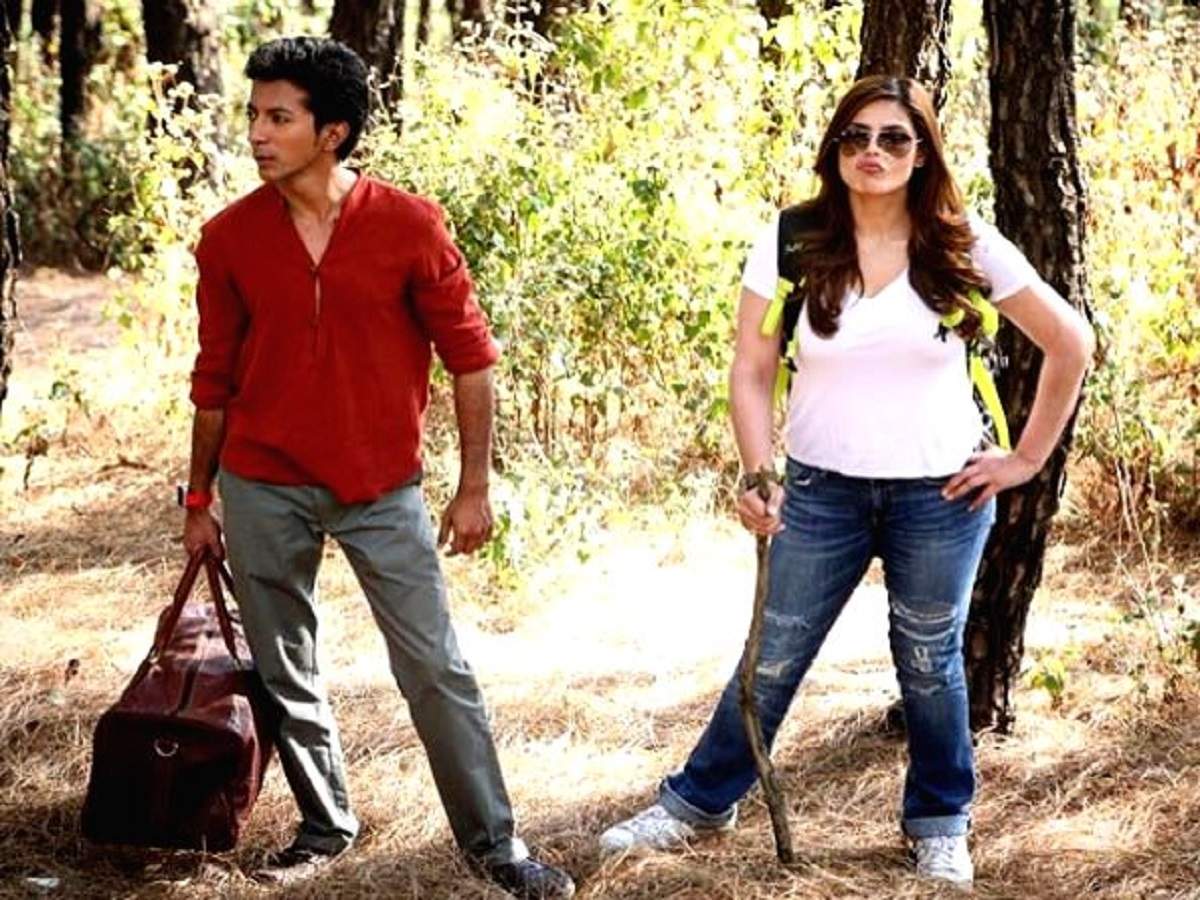 He is gay.She  is  lesbian. And they are on a  road trip of self-discovery. This  sounds like a sturdy  recipe for  a super-chic  rom-com.  Sadly, the  early promise of  something unusual and  arresting fizzles out in what looks  a like  series of episodes written for a webseries strung  together  with no  care for proper pacing.Many sequences overstay their welcome, some  never take off   and others just seem to be forced  into the narrative  for the  sake  of seeming fashionably avant-garde.

The  ending which I don’t want  to  give away  for all those curious to know what two homosexuals of different genders can do behind locked doors, is specially problematic and  lachrymose: a touch  of misplaced  sublimity in a film that has  long lost is relevance. It is the opposite  of a cherry  on  the icing.

Icing reminds  me of  the songs which are  played  strictly  in  the background and a  lot of it in Punjabi(why Punjabi in a  Hindi language film,  why not  Haryanvi,  Himachali  or  Mathili?)  as  the  unlikely couple  head towards McLeod Ganj. Remember reticent Shahid Kapoor driving through  half of India to take chirpy  Kareena Kapoor  to her beloved  ‘Anshuman’  only to be rejected  by him?

Put Anshuman Jha in Shahid’s shoes, Zareen  in place of  Kareena and  her  lesbian partner Nikki(a fetching Jahnvi Rawat) who doesn’t have  the  guts to  spill  her sexual preference in front of  her Dad(can you blame her,  when the Dad is played by  the formidable Denzil Smith?) in place of Tarun Arora (Anshuman)…and we have  met Jab We Met re-loaded , but alas, not ensured against  transportative  mishaps.

The sequences showing the  couple  locked  together  in hotel rooms have predictable  bra  jokes and  clean-versus-messy gags ,  and  a  dinner date where both  the lead actors say  the same line  one after another: “Charo cheez tumhare favourite hain aur maine khud banaya hai.”

There are way too many stopovers  in this  gay-lesbian love story.Veer(Anshuman Jha) has just broken up with his  closeted married lover(Gurfateh  Pirzada who looks more morose than gay). When Veer tells his lover’s wife(Prabhleen Kaur braving through lonely-wife dialogues like, ‘Aaj bhi mujhe hi change karna  padega’)   about her  husband’s  secret  she reacts with  unnerving calmness.

Everyone in the  film remains  unusually tranquil  all the time, as though they have been told to rein-in  their emotions, to make  it  look as  if they are to  project the calm before the storm, which sadly never  comes. Till the end  this awkwardly sincere film remains  a  bundle of  possibilities that  never come to any  shred  of fruition.

What  redeems the  shroud  of ennui that  envelopes  the  proceedings from stifling the  breath out of  the  plot,  is the lead  pair’s  determined  bid to keep the  wobbly  storytelling afloat. Anshuman  Jha, almost always an  actor  any script can  rely on, here  tries to bring conviction into the role of a  gay man who seeks happiness in a  lesbian’s company. It  seems  like  a self consciously queer combination.

The scriptural  blueprint– let’s  bring  two homosexuals of  two genders  together  into a road trip– only takes the  drama so far, and no further.