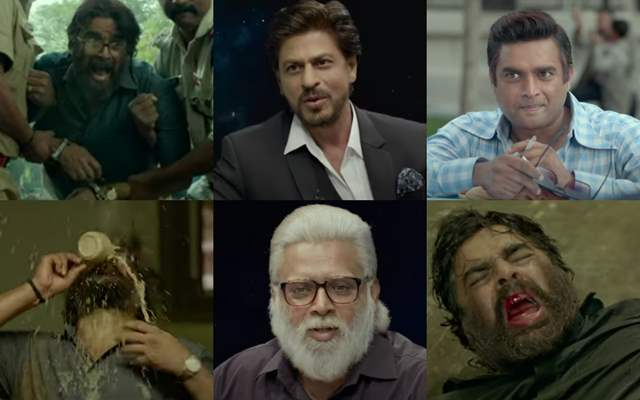 Madhavan’s  dream project Rocketry: The Nambi Effect, the  biopic on  Nambi Narayanan the scientist from the  Indian Space Research Organisation falsely accused  of  espionage, will premiere at  the  Cannes Film festival later this month.

Madhavan  is over the moon. “I couldn’t have asked for more.Rocketry is  by  far the  most important  film  of  my career. It tells a chilling story of character assassination  which had to be told. That  I was chosen  to tell  it, is  my good fortune. Recounting the story of Nambi Narayanan Sir has  been the most enriching and  illuminating  experience for me.”

Madhavan whose last feature-film release  Maara in Tamil went straight to Amazon Prime  Video, was warmly  received by the  audience. “It  was  a film I stole time to do. My last six years have been devoted to Rocketry. Now when it goes to Cannes, I  feel my hard work is paying off.”

His OTT series Uncoupled  where he  played a foul-mouthed no-holds-barred misogynist earned  him further fame and newly-earned  flak. “Playing this guy I was  able to do and say things I’d never do in real life. So yeah, it was  fun and liberating. As  for it being controversial, nowadays everything becomes controversial, even Snow White & The Seven Dwarfs.”

Not only does Madhavan play  the lead  in Rocketry he also turns  director  for it. “I don’t know how other actors do it. For me serving two functions on the sets was like looking after very demanding twins. I feel acting and  direction are both full-time jobs.For this  project I had no choice  but to be the actor and  director. But in  future I would just like to be the actor.”