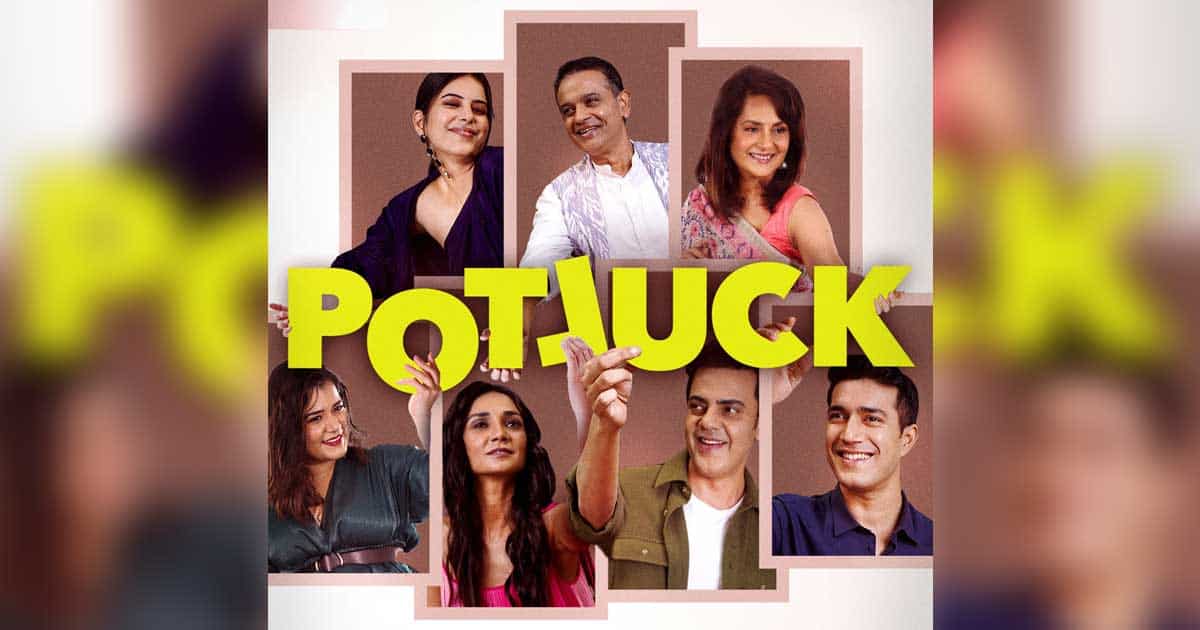 Potluck (SonyLiv, 8 Episodes) Movie Review: There are  no Robert De Niros  and Shabana Azmis in this  8-episode  family drama, each of which revolves around  the  family lunch/dinner get-together.

Potluck gives  us a gallery  of intelligent actors who know how to come into a familial clasp without looking like mannequins in Sooraj Barjatya’s Hum Aapke Hain ‘Corn’.What I  really liked  about Potluck was that the Shastri parivar looks like a  family. The  quirks, the bickering, the rivalry and  the   nokjhonk is so well-written that I found myself chuckling . Most of us have heard  at least some  of the  verbal exchanges in Potluck in our real life.

The sheer pleasure of meeting a “normal” family  is  so uncommon in our cinema and serials, Potluck wins  you over by just looking giving us  a family we recognize.Then there are the actors, all delightful in their  spatial harmony.I was specially thrilled to have Kitu Gidwani  back. She  is still so  lovely, and still refuses to play a walkover.As the Shatri matriarch she is all twisted mouthed and rolling eyed refusing to  become putty  in her  children’s hands.

And so  what  if  daughter Prerna(Shikha Talsania,delightfully  natural)  initially refuses to shift back home? Mama Shastri isn’t getting worked up about it. Papa Shastri(Jatin Sial)wants to  kids  around him at any cost.By hook and crook. The children heckle  and snub him  for his over-possessiveness. Yeah, I know. Haven’t we all been there, done it?

By ‘kids’ I   mean  sons Cyrus Sahukar(as deviously droll as ever) and Harman Singha(never seen the latter’s work before, not bad), their wives Ira Dubey and Saloni Khanna(both lending  a distinct  flavor to  the bahu-wood) and the grand-kids one of whom insists on speaking in Telugu because  of her nanny.

These are delightfully connectible  characters in sticky familial  situations that we  all know. Like Papa Shastri making rude uncalled-for comments on the new Chinese television set gifted to his  son by his father-in-law, or the daughter  telling her new boyfriend(Siddhant Karnick) to  stop trying to impress her with his bookish  attitude.

Almost entirely character-driven  Potluck is  a cleverly written family drama with enough steam to  see it through to the end. The  food on the table is  never exhausted. Neither  is  the banter.