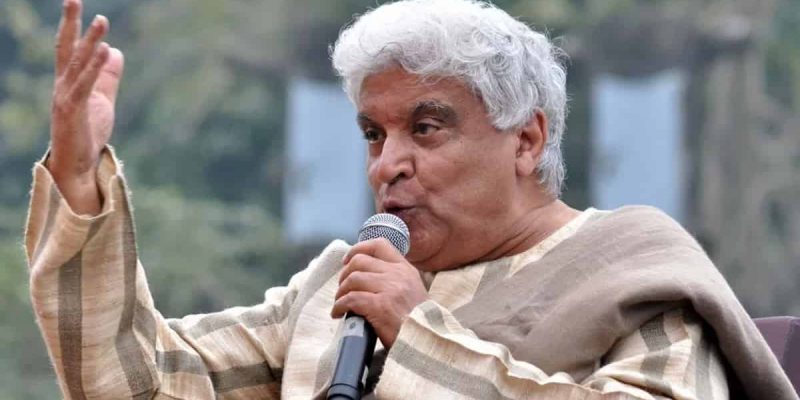 There  has been much speculation   of late about  poet-thinker-screenwriter-activist Javed Akhtar joining hands with  Maharashtra’s  powerful politician  Sharad Pawar  for a third front.A  meeting hosted  by Mr Pawar   on Tuesday  afternoon  attended by Javed Saab  further fuelled  the  speculation  of a political alliance.

However, a source very close  to  Javed Saab demolishes  all  speculation regarding his political indoctrination.

Says  the source, “Yes he was invited  by Sharad Pawarji for  a  meeting on Tuesday with an offer  to  form a  new  political alliance. Javed  has been meeting with Sharad Pawar  along with like-minded academicians  and intellectuals to discuss  issues that confront the nation  . The discussions aimed to rise above party politics.  Javed had  no idea that these  discussion with Sharad Pawarji were in the media glare. However he is  not joining any political alliance.”

The  source  further clarifies that neither Javed  not his wife Shabana Azmi  believe in active politics.“They both believe  that joining a  political party is putting fetters on the individual’s ideology because  the political party’s truth  becomes the  individual’s truth.”

Javed Akhtar also told a friend  that politics is a comporomise.

“His autonomy and freedom  are most important  to him. He is  respected for his intellect and he  wishes to remain non-partisan,” Javed Saab’s friend  tells me.

In  2019 there were  rumours of Javed Saab joining the Congess I when he  wrote  a song for them. About  this  rumour Javed Saab had responded to me: “Dekhiye,  agar koi political party thodi bhi sachhi secularism dikhati hai  toh usski izzat karni chahiye. I do feel that Congress shows  some degree of concern  for the  concept of secularism.I  was  approached to write a song  for the Congress  for the elections. I agreed and wrote  the song Main  hi to Hindustan hoon…”

Discussing his  disenchantment  with  the BJP  in 2019  Javed  Saab said, “When  it(the  BJP)  came  into  power there was a  lot of hope. The common people  felt  the BJP would address  their problems.It was widely  felt that that BJP would  do away with  the politics of polarization and  communalization. Who was to know that they would be practising a divisive politics in  no time  at all?!So yes, I do feel there  is a sense of deep disappointment in  all of us. Instead  of addressing  real  issues they are into issues that  are inconsequential.”