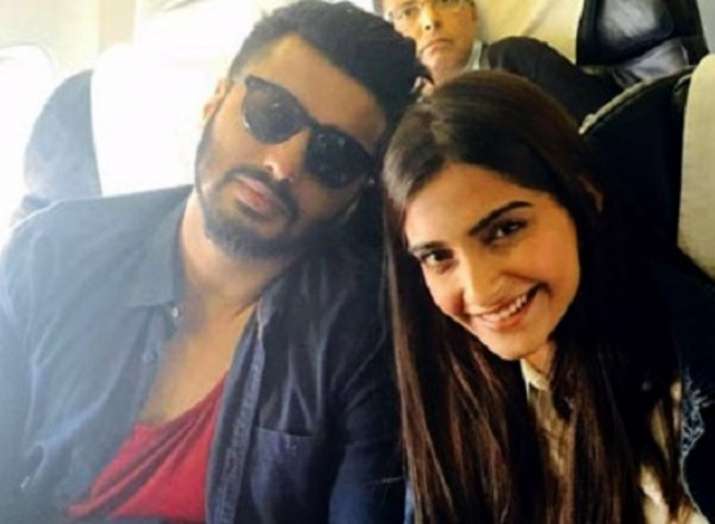 Another  episode  of this season’s  Koffee With Karan  has been  recorded. And the guests  are Sonam Kapoor Ahuja  and  her first cousin Arjun Kapoor.

Sonam , heavily  pregnant  waddles onto  Karan’s set with her cousin for the  first time. Arjun has made  several  guest appearances on Karan’s show  ,notably in  an episode in 2014 when Sonam had appeared  with her  sister Rhea.

Karan Johar didn’t want a repeat performance  by the two sisters, so  he invited  Sonam’s cousin for the  raksha  bandhan special.

Karan  Johar confirmed  the Sonam-Arjun appearance on his show.