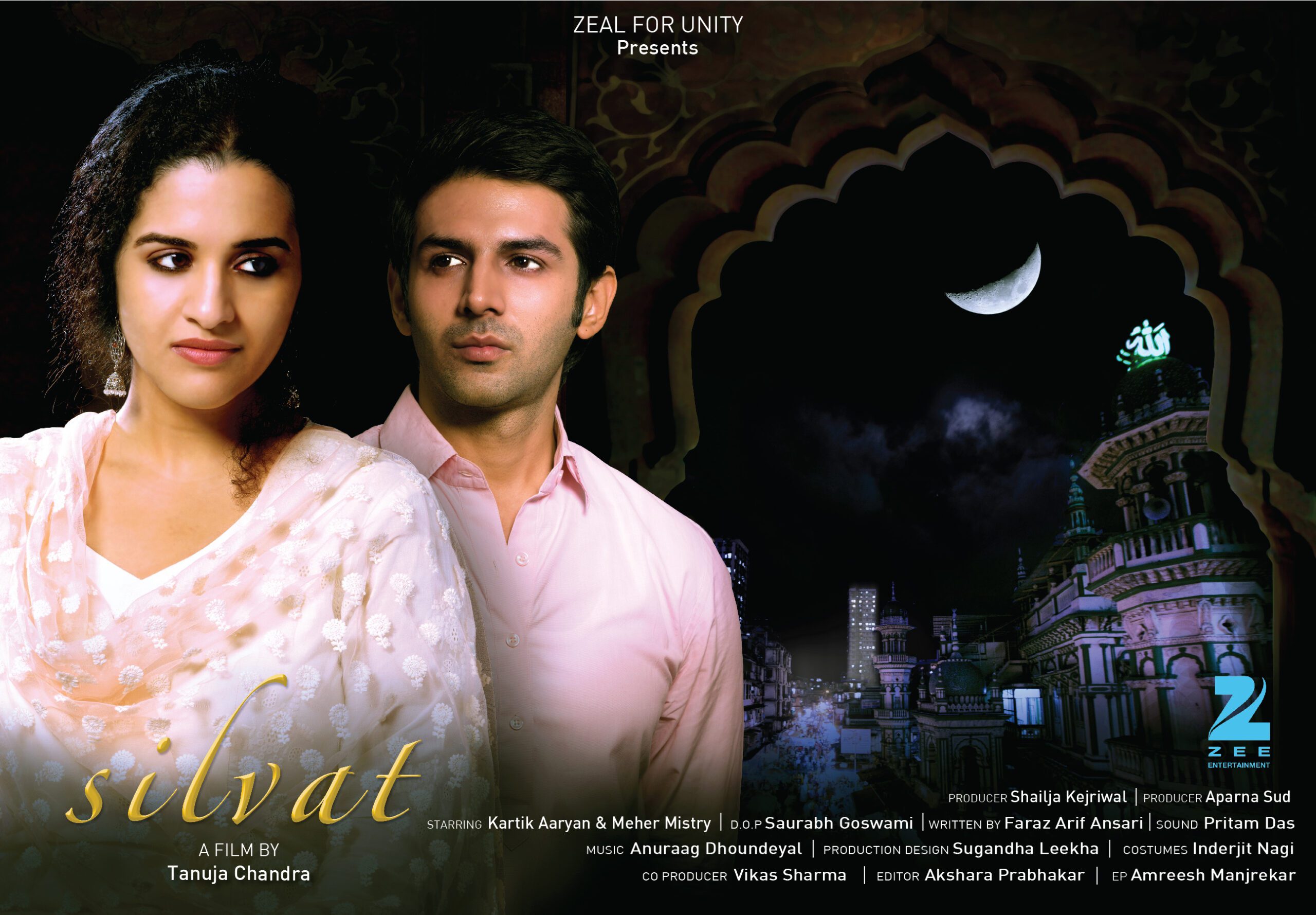 Kartik Aaryan is set to excite viewers in a never seen before role in Silvat , a poignant short film. Silvat illustrates how one small decision that was taken can cause a crease (Silvat) in a perfectly smooth life.

The film is set to premiere on Zindagi’s DTH platforms Tata Play, Dish TV and D2H on 12th June at 8 pm .Set in the late 90s, the film tells the story of Noor and Anwar who share a passionate love for each other but are bound by societal norms and fidelity. A saga of forbidden love, it perfectly encapsulates the misery incomplete love brings with it. Starring Kartik Aaryan and Meher Mistry as Anwar and Noor, the film features one of Aaryan’s most laudable performances. Playing a simple neighbourhood tailor, Kartik has beautifully captured the essence of the character.

Talking about the film, Kartik Aaryan says,”Silvat is a very very special film and it will always be extremely close to my heart. Anwar’s character is unlike all the other characters that I have played in my career so far. This is a film that I shot 6 years back and I cannot believe it’s being showcased again. It feels really overwhelming and validating as an actor to see your old work getting that kind of appreciation, so many years down the lane too. The film perfectly depicts the emotional turmoil that the characters go through. From the script, dialogue to the music, each element plays a vital role in bringing the film together and that’s what is so beautiful about it. Over all it was a great experience to work with Tanuja and the team at Zindagi.”

Kartik’s  co-star  Meher Mistry adds “Silvat is such a special film for me. I remember being so moved just reading the two short audition scenes and I couldn’t believe my luck when I got cast. It was my first experience shooting a film and getting to play Noor and live in her world was so incredible. Tanuja Chandra, Faraz Arif Ansari and the entire team created such a beautifully nuanced piece, filled with so much love and longing. Will be forever grateful to be part of this Zindagi movie.”

Also Read:  Adipurush: "No Plans To Shave Off Ravana’s Beard"

This social drama is directed by noted filmmaker Tanuja Chandra, who is known for creating female-centric films including movies like Qarib Qarib Single and Dushman.  Silvat has been written by Faraz Ansari, who is known to tell stories on social issues like LGBTQ rights through his movies and has been acknowledged for his films Sheer Qorma, Sisak, Stanley Ka Dabba.

Talking about the film’s journey, director Tanuja Chandra said, “I am thrilled that a film that is such a special one for me, is finally going to be seen by audiences on their television screens at home. This is the reason we tell stories – to share them with people, and a love story that’s filled with intensity and emotions is something that invariably speaks to peoples’ own, personal experiences. The sights and sounds of the lanes of South Mumbai filled my senses when we shot Silvat, its melodious music expresses those feelings that characters can’t put into words, and the memorable performances of the leads, Kartik (at the start of his career) and Meher will charm viewers and I hope, bring tears to their eyes, and a project which was conceived with vision and produced with great affection by Zindagi, will create a special place in peoples’ hearts.”