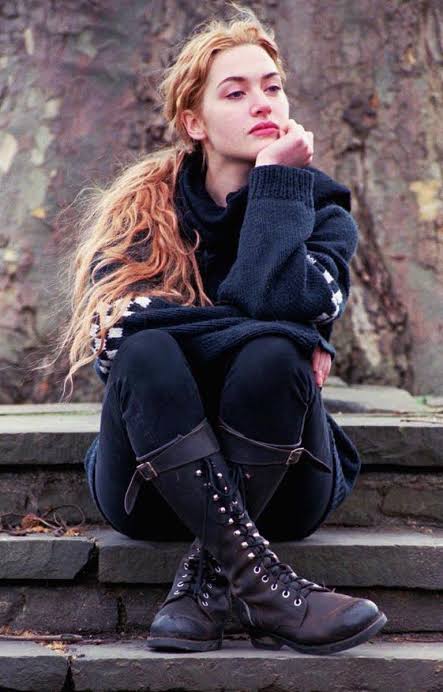 To see two of Europe’s most talented and beautiful  actreses together I’d sell my soul to the  devil. Kate Winslet may be known by Titanic even today. But she has a formidable  body of  work to her credit, and  Soirse Ronan is getting there. Separately, they are a force to reckon  with. Together they are   dynamite.

Director Francis Lee made his debut last year with  the masterpiece on gay love God’s Own Country. He  moves back into the same  familiar territory of  forbidden  love in the  midst  of  a cruelly stoic desolate  countryside.This time Lee has shot his lesbian love story  in Lyme Regis, where  Meryl Streep was  captured  in stunning glory in The French Lieutenant’s Woman 30 years ago.

Ammonite is  not as accomplished a work as  the  director’s God’s Own Country. There is plenty  of  graphic sex between the two protagonists  who go completely nude for their characters, emotionally and physically. Just as  Josh O’Connor and  Alec  Secăreanu  did  in  the  earlier  film. The  latter  is  back in Ammonite as  a physician  with an indeterminate foreign accent who is attracted to Winslet.Who wouldn’t be?! But she has has  the hots  for  the  beauteous Ms Ronan who reciprocates with abundant  enthusiasm.

Winslet plays British  palaeontologist Mary Anning in the 1840s. As  played by Winslet, Mary is  a woman who  has shut out all emotions.Winslet reminded me of Shabana Azmi in  Deepa Mehta’s Fire.  Mary has  an old demanding mother (the wonderful veteran Gemma  Jones) and she has no time or  inclination to indulge her heart…until the ailing frail Charlotte(Ronan) walks into her  life  with a  husband Roderick (played by James McArdle, who has  one of the  best speaking  voices I’ve heard in a British actor) .

Roderick is (conveniently) a bit  of  a  jerk. When she tries to make love to him(after watching him wear his birthday suit)  he  gently rebukes her, “I don’t  think  we should try  for another so soon after.”  In other words, Charlotte has had  a miscarriage  and  her husband thinks sex is  to make  babies.Also, again conveniently, he drops out of the narrative  like  a hot potato once  his wife is  in Mary’s bed. After  Mary and Charlotte are separated Mary’s mother, again most conveniently,  drops dead,so she can  rush to London to be reunited with Charlotte.

Though visually stunning and  emotionally charged, Ammonite  misses the majestic messiness  of  the  director’s earlier film. Perhaps working with two female  superstars inhibited him, made him cautious  about  not going too far down the road  of unconventional ism. Hota hai.   A  pity though. Ammonite had  the potential of being great cinema.It settles for  being good.