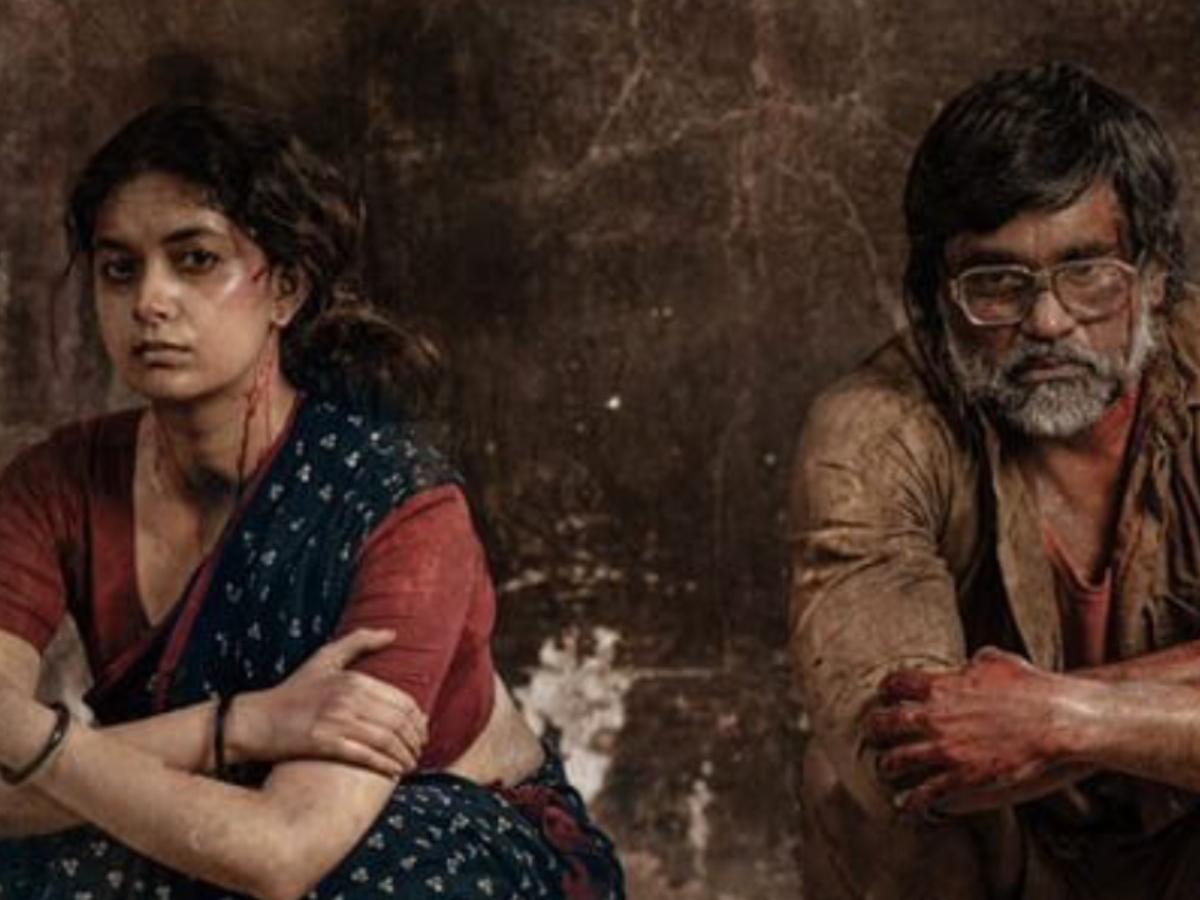 Written and  Directed  by  Arun Matheswaran

For a  film about a young woman who is viciously gangraped and whose husband and little daughter are  burnt alive, the word “thrilling” would not be  appropriate.

Saani Kaayidham , which means something  cheap pulp paper, grabs you by the neck and squeezes the breath out of you  until  you beg for mercy. It is a relentlessly violent film with no respite from the bestiality that empowered men feel over underprivileged men and specially women.

That  the film’s protagonist  Ponni happens  to be a  police constable doesn’t help her escape the  brutal  violation she  faces. It is  a horrific prolonged sequence of torture echoing the bloodcurdling yelps  and  screams  of Shekhar Kapoor’s The Bandit Queen.That was 38 years ago. I guess nothing has changed for the  oppressed. If anything, they are now manhandled even more viciously.

Each day we read of Dalits being thrashed, humiliated.Given the transfixed scenario, the morbid male gaze is  put under a startling scrutiny in this sterling saga  of settling scores.Not a  flabby moment in the sinewy narrative.The ‘thriller’ format is  a deceptive ruse  used deliberately by  writer-director Arun Matheswaran(whose debut film Rocky  a  year ago was equally violent) pulls out all stops to render a symphony of savagery.

A  lot of the  violence  is  hard for the  audience  to endure. The  director seems to  tell us , ‘Think how hard it must be to endure for  the  victim.’

Keerthy Suresh lives every heartbeat of  her character Ponni. She expresses the grief  rage  and  determination to seek revenge with such  authority that we are swept into her violent universe. Selvaraghavan(Dhanush’s brother)  gives the second master-performance while all the despicable goons are played by actors who understand the dynamics  and politics of evil and oppression with disturbing clarity.

The action sequences are brutally  stark and direct. I especially liked the one in a  narrow lane where Ponni mows down dozens  of  goons.

Shot in striking  colour and  pale black-and-white(the latter  to show Ponni’s happier days)  Saani Kaayidham has one rather  oddly positioned  ambivalent character, a blind adolescent boy who may or may not have been among Ponni’s rapists. You so wish that he hadn’t.Innocence  in this crime-infested drama is hard to come  by.