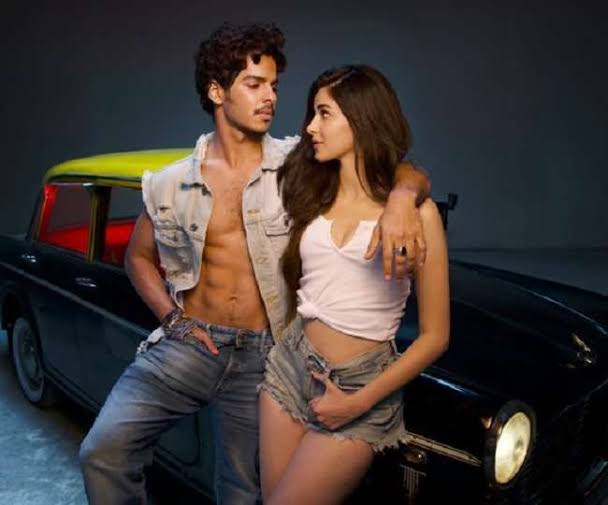 The  strangest happened while I  was viewing the teaser  of  Ishaan Khattar’s  new film Khali Peeli  . When Ananya Pandey with   her 1.5  facial expressions  came  on   screen, I  thought of Tabu, Ishaan’s co-star in BBC’s A Suitable  Boy. Their  chemistry hissed moaned groaned and crackled although Tabu is twice  Ishaan’s age.

Hum-umr co-stars Ishaan and Ms Pandey look like two stangers trying to start  up a conversation while  waiting for  the traffic lights to change colours  . There is  just no spark between  the two youngsters. Not that  I can imagine Ms  Pandey sharing any spark with any co-star.

Stranger  still is  the  fact that Khali Peeli looks nothing like   the Vijay Deverekonda 2018 hit Taxiwala  although  the  former is supposed  to be the latter’s remake,  Except  for  the  fact that heroes  in  both are cabbies,  there  is no likeness between the two. Taxiwala was about Deverekonda and  his haunted taxi.  Khali Peeli  is about a taxiwala and a runaway prostitute.

I asked  producer  Ali Abbas Zafar and  he said, Khali Peeli  was  always meant to be an original and not a  remake.

The barbs between the two  reluctant  co-travellers is  broken by intermittent sounds  of shrill interjections. That’s Ms Pandey. She looks  nothing like  a prostitute. Not that I  know too many.

I can see Ms Pandey  bursting into tears  while papa Chunky consoles her with new shades  of lipstick.

Ronit Roy Provides The Solution Ahead For Shooting