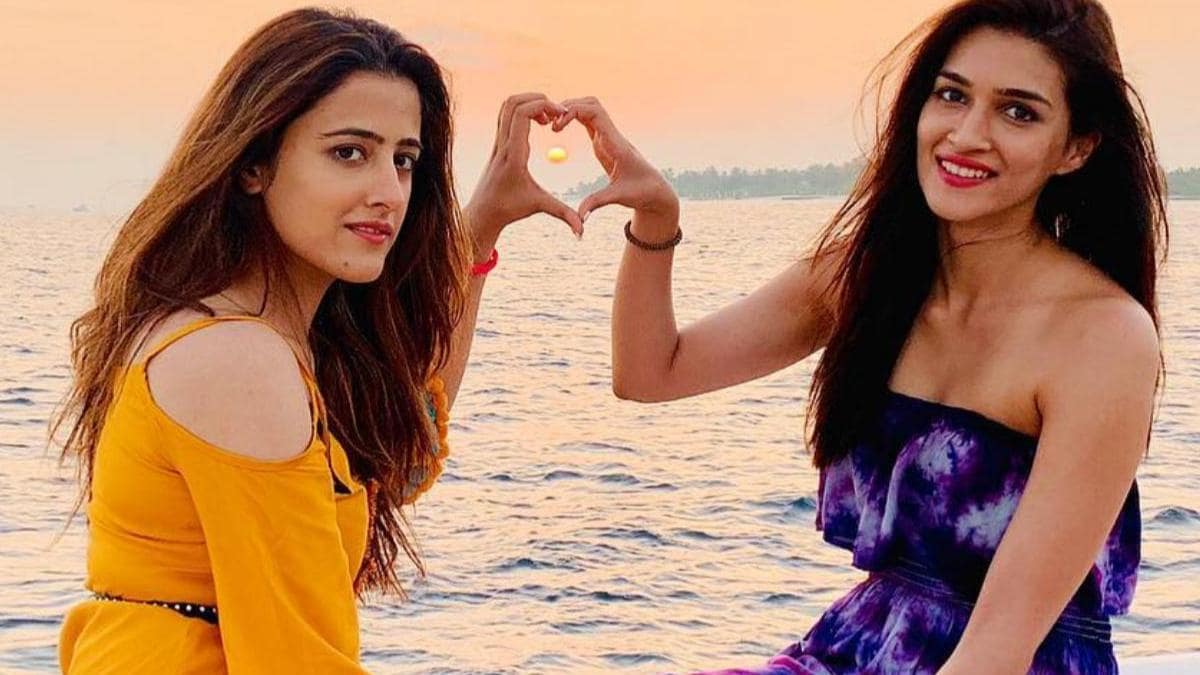 It looks like  the era of star siblings is  upon us.  Even as Janhvi Kapoor’s  sister Khushi and Sara Ali Khan’s  brother Ibrahim get set for their big launch,  the first  sibling to  set the ball  rolling   this year   is  Nupur Sanon, kid-sister  of  Kriti Sanon, Nupur who is  also a  singer(hence more versatile than  Badi Didi)  was  seen in a  music video with Akshay  Kumar.

It  was  rumoured that  Nupur’s Bollywood career would be launched in an Akshay Kumar starrer. This may  yet be the  truth.  For now, though,  Nupur is being launched   in  a Telugu film  opposite Ravi Teja.

Entitled  Tiger Nageshwara Rao , the film launching Nupur is  to be  directed by Vamsi. It will be produced by  Abhishek Aggarwal who shot to overnight  fame  and fortune with the freak success  of The Kashmir Files.

Tiger Nageshwara Rao is being launched in Hyderabad today,April 2.