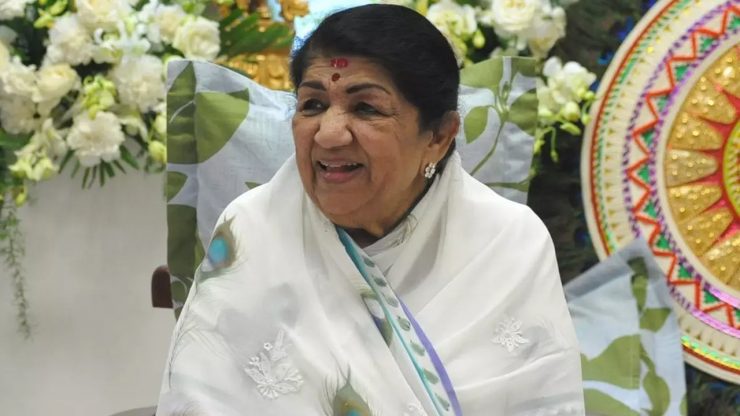 1.     Rama Ratan Dhan Payo:  “I recorded  this album 37  years  ago. Its  popularity   remains  undiminished.  Though I  may have  sung better Bhajans  the  Rama  Bhajans  in this  album  like Payoji maine rama rattan dhan payo, Thumak chalat ramachandra  ,  Shri ramachandra  kripalu  and the  other Rama bhajans  are loved by millions  of Indians  across   the world. Today I’d like  to dedicate the immortal Rama  bhajans  in  this album to our Prime  Minister  Respected Narendra Modiji  who has made the Rama temple  at  the Rama Janm Bhoomi possible.

2.     Rama  Ka Gun Gaan  Kariye: “This Bhajan is  very special because I  got to sing it with the great Hindustani classical  vocalist Pandit Bhimsen Joshi. I remember every detail  of the  recording. This Rama Bhajan is played in  thousands  of  households across  the  country to this day. I am blessed.”

3.     Ram hain mahaan. Raman naam hai mahaan:  Not many  know this  Rama  bhajan from a long-forgotten  film(Zindagi Imtehan  Leti Hai) which I recorded for my  brother  Hridaynath Mangeshkar. It  is  a very powerful take on  Rama Bhagwan’s powers.  The Bhajan got  neglected  because  the  film was  not a success.

4.     Jana Gana Mangal Dayak Ram: “A beautiful Rama Bhajan composed  by   the great C Ramachandra  for  the film Sharda in 1953, the  notes  of this song  still resonate  in  my head. And  the  lovely Meena Kumarji sang this Bhajan on screen. It  was  liked immensely  back then. It is  liked to this day.”

5.     Rama Raksha Strotra : “I wanted to sing the Rama Raksha Strotra for the longest time. I finally  did two shlokas under the supervision of composer Mayuresh Pai in 2017. I will do all the  thirty-eight shlokas gradually.Lataji says singing Bhajans has always given her a special high. “During the course  of my long journey as a singer I’ve sung every genre of song. But the satisfaction of  singing devotional  numbers is on  another level.”