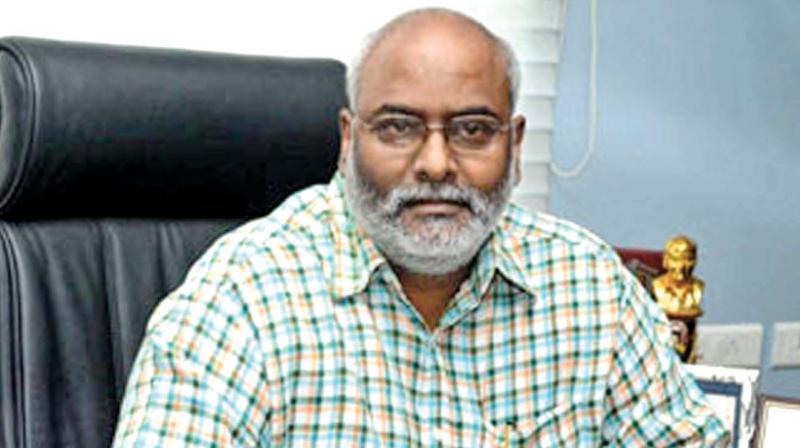 A report  on an entertainment  portal  stating that  the prolific  Tamil-Telugu-Hindi  music composer M M  Keeravani is planning to retire, has caused distress among  some of his fans who believe the written  word.

But when  I  asked  Keeravani, a dear  friend for many years with whom I exchange songs on  whatsapp,  about the  report he  was  taken aback.

“I am  retiring, Sir?  That’s  news  to me!”  he  said without an iota of irony. Then after a  thought  he added, “I am  in  a  farmhouse  right now far  removed from all the  news and  hearsay that  floats around  in  the  city. Way back  in  2014  I did consider  retirement.Not any more.  It’s been five years since I gave up the  idea of retirement. But  the  speculation continues, ” sighs  the softspoken Keeravani whose all-time favourite  composer  is Sachin Dev  Burman.

Why  did  he  contemplate retirement  5 years ago? “I thought I had  worked enough and it  was time to  make way for  other younger composers.  I have  been  composing since  1990. And  I did  consider hanging up my boots…rather, beats.  But my daughter and wife  didn’t  allow me to.So here I am six years  later , still  on the scene but not in the race  for sure.”

After Baahubali, Keeravani’s  score for Rajamouli’s RRR  is   eagerly  awaited.  What kind of music can we expect  ?

“Well, it’s  a period  drama, set in 1922.  The sound  of  my music is partly Baahubali-ish and partly military-based. One thing I can guarantee you. It’s a sound never heard before,” promises the  ever-innovative and  unfailingly melodious  Keeravani.