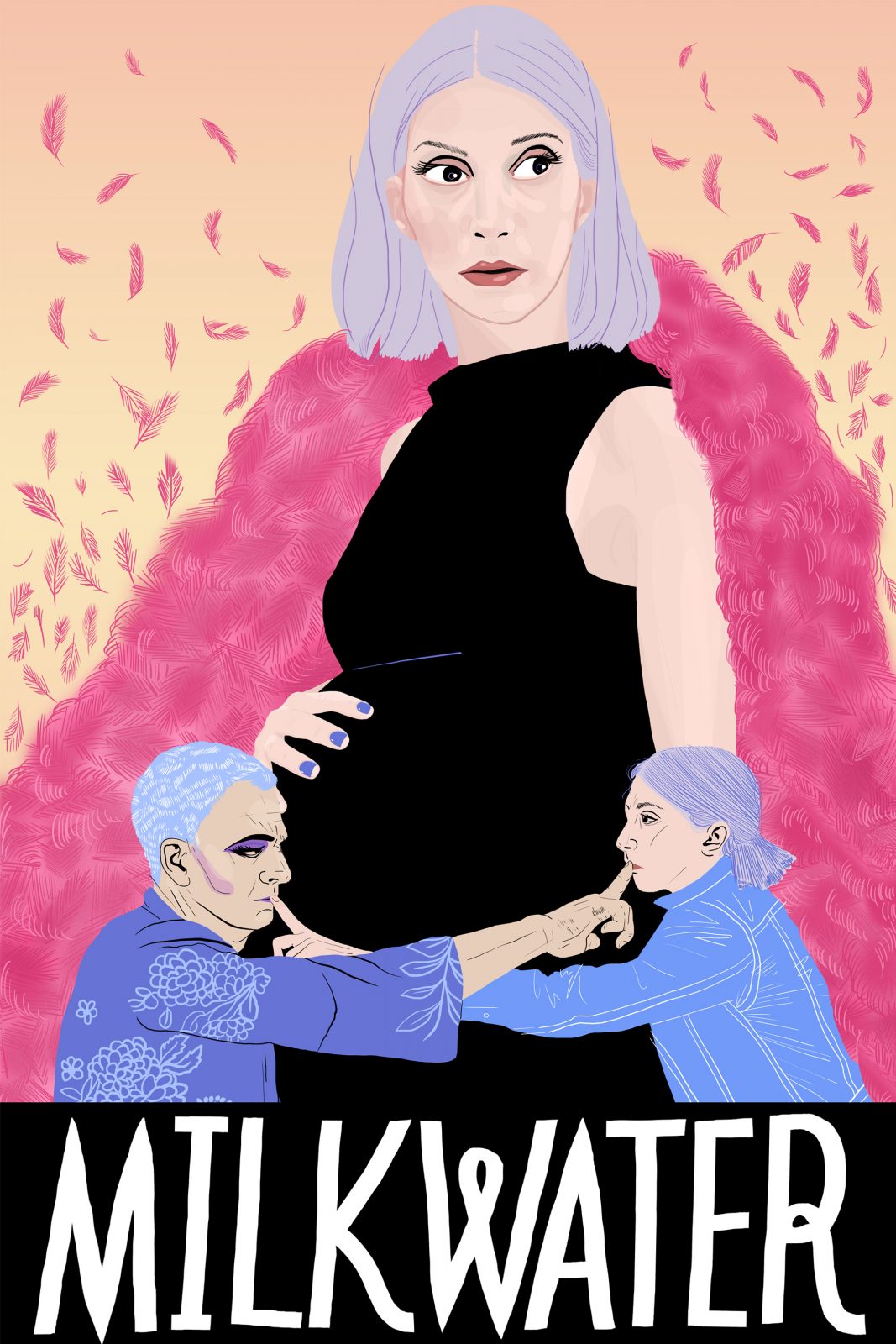 I started  by hating this film. Then it gradually dawned on me that it  wasn’t the film  that was hateful. It was its heroine Milo(Molly Bernard)  a 20-something rudderless vagabond who hasn’t figured  out what she wants to do with her  life, except  alienate all those who  are close to her. That seems  to be  a full-time  preoccupation for Milo. She pushes away  even her best friend Noor (played  by  Ava Eisenson, who looks  nothing like ‘Noor’) and  is mean spiteful and nasty to her gay room mate George(Robin de Jesus).

George of  course is  a goofy  sweetheart. Gay stereotyping.

So what makes Milo  decide to  become a surrogate  mother to a 55-year old gay man Roger(Patrick Breen) who has given up  on  the  idea  of fatherhood?   Suddenly Milo,a  child of whimsy if  ever there  was one,  decides she  will do that “ONE GOOD THING” to redeem her  vacuous  aimless  useless existence.

From the minute Milo agrees to carry George’s seed, the narrative converts from famished to greed. The  film, like Milo, wants to make  up  for lost time, ladling the gentle wisdom into an arrangement that is clearly a horrible  mistake.I saw nothing maternal   in  Milo till the  end. She has  an unusual face and a bearing that suggests  a suppressed resentment  towards all happy people  in the world.

As Milo mellows, she tries to make amends  with her deeply affronted  friends  including a black boyfriend who makes  herculean  efforts  to be patient with her, but finally gives  up when she  crosses all limits .With George  who  pushes her away, there is  no redemption.

The  film  shows  Milo getting  more than professionally attached  with  the gay crossdressing father  of the child she  is  carrying. It is  only natural,  I guess, considering you are carrying  part  of  that person inside you. But George  wants  it to remain  professional and  insists that she  sign stringent  legal documents  that  would  ensure she has  no legal rights  over  the  baby.

Director Morgan Ingari has a flair for understatement. Potentially  inflammatory  sequences  are  kept on a tight leash preventing Milo and George’s growing tensions from erupting into a full-blown showdown. I loved that last  shot  in the film where on a  bridge in Brooklyn  Milo sees George cradling his child. Her child. She walks away  quietly,  not saying anything, not allowing any of  the  emotions to come   out.

I  thought  the end is where the real story of Milo, now more likable,  more  accommodating, actually  began. And though  I  hated her for most  of the film I am curious to know what  Milo does next.