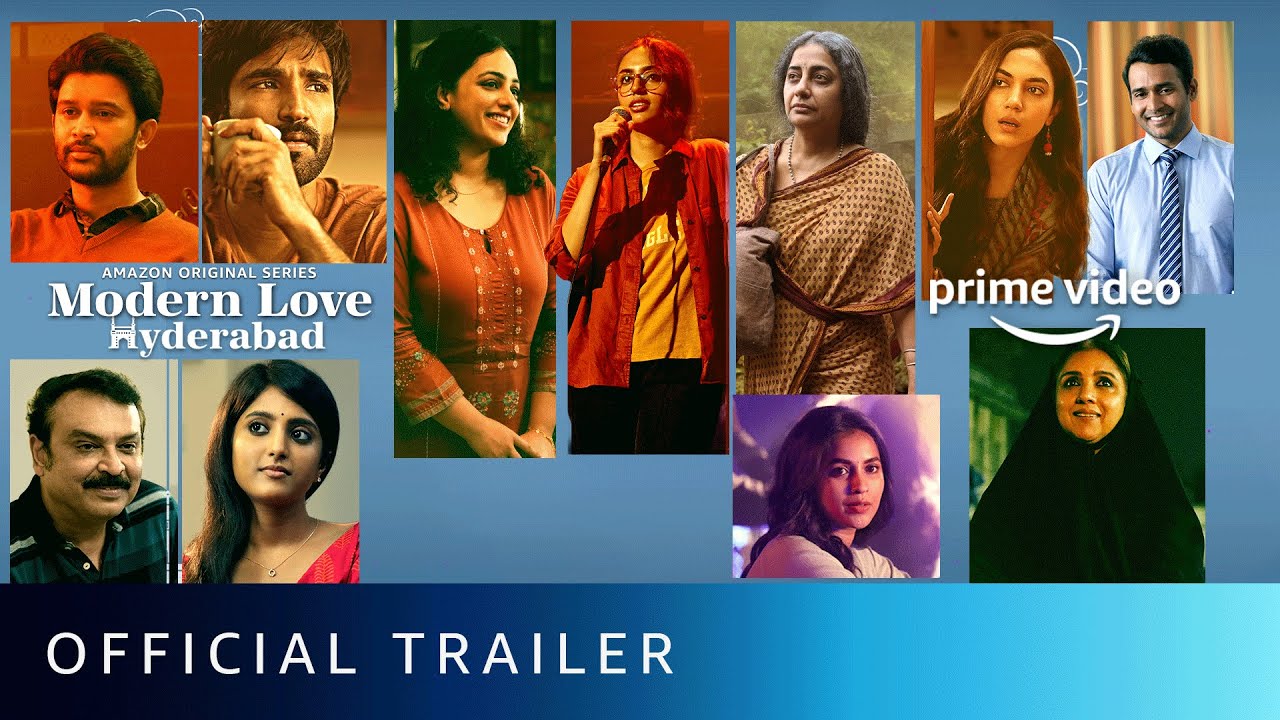 Producer and director Nagesh Kukunoor, who has also directed 3 episodes (‘My Unlikely Pandemic Partner’; ‘Fuzzy, Purple And Full Of Thorns’; ‘Why Did She Leave Me There…?), says , “Love is an emotion which has infinite expressions. For Modern Love Hyderabad, I’ve tried to focus on how love helps us grow, learn to trust and forgive. Along with being a love letter to love itself, Modern Love Hyderabad is also giving a peek into the extraordinary city of Hyderabad, which is steeped in culture and history yet pulsating with the vibrancy of youth. The city is the omnipotent character in all the stories of love of this incredible series. We have tried to capture the beating heart of Hyderabad through the myriad of people who call it home. I hope audiences relate to these stories and find themselves in the characters we’ve created for them.”

Director Venkatesh Maha (of ‘Finding your Penguin…’) feels, “What is truly wonderful about Modern Love Hyderabad is that while the stories it tells are modern, they are still rooted in who we are culturally. The episode I’ve directed reflects the very real struggles of young Indians trying to find love – often turning to online dating sites, and to friends to help them out. Along with reflecting our times, it is also a story that highlights the changing tastes and lives of today’s young people. It is a story where you will instantly relate to the person on screen because you probably know someone like that, or maybe you are that person. To be able to share this story with the world through a fantastic platform like Amazon Prime Video is extremely exciting to me. I’m happy to be a part of a series that’s putting Hyderabad on the global map of entertainment!”

Director Uday Gurrala (of ‘What Clown Wrote this!) said, “There are more shades of love than any other human experience. With Modern Love Hyderabad, our aim was to bring out those different shades of love that go beyond romance. In my story titled ‘What Clown Wrote This!’, you will see universal themes but from a distinctly Telugu lens and that’s what makes it so interesting. We’ve delved deep into the psyche of the Telugu man (and woman) to understand what makes today’s generation tick. I am delighted to know that through Amazon Prime Video, audiences around the world will get to experience our love for our city and the characters through the stories we’ve tried to tell in this series.”

Devika Bahudhanam, who has directed ‘About That Rustle in The Bushes’ episode, said, “While Hyderabad is a city built on history and culture where communities from various religious backgrounds thrive together, it is also a futuristic city – the IT hub – leading to constant evolution. My story brings an ever-changing understanding and comprehension of love. The story speaks of hope, change, of finding courage, being comfortable in one’s own skin – and more than anything, it speaks of acceptance. I hope Amazon Prime members around the world will be able to feel a sense of kinship with the characters we’ve crafted and relate to them on a deeper level while appreciating the uniquely Hyderabadi flavour each story is steeped in.”

Would The Real Nambi Narayanan Please Stand  Up?

Ranbir-Alia To Be Parents