Most Underrated Performances Of 2020
Advertisement 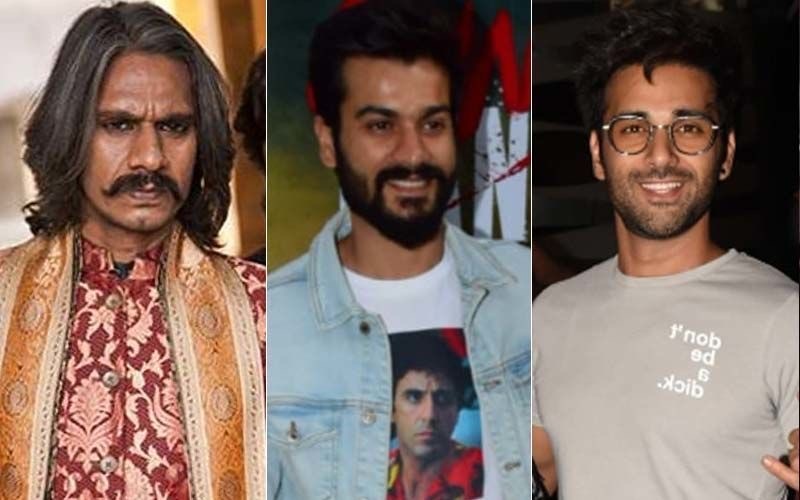 You probably didn’t notice them, either because the films containing  these  admirable  performances  came and went  before  you could say , ‘Covid’.Or maybe because  these  actors  and performances were  not hyped.  Here are the  actors whom you missed while they were  out-doing the socalled superstars by  leaps  and bounds.

1.     Sunny Kaushal  in  Bhangra Pa Le: Sunny , I believe, is every bit as talented as  his brother Vicky Kaushal. He proved  it in the first release of  the year . Sunny played two  different  characters in two different eras  , both obsessed  with dancing the Bhangra. His dedication to getting the steps  right  was matched  by his determination to  excel  in every  sequence, light heavy or  both.This is  a young passionate actor  fully invested  into his character. He should have been  recognized for his  performance.Actors in  films  about dancing are rarely  celebrated.

2.     Kumud  Mishra  in  Ram Singh Charlie:  Not too many  saw this OTT release  in August which had a stand-out performance  by Kumud Mishra as  a Chaplinesque  clown   in an obsolete  circus  pushed into  wage-earning corners to support his family. This is a performance  brimming  over with  compassion and bitterness rage and selfpity. It deserved  a lot more. Sadly the film did not get the  pre-streaming  publicity it deserved. Most   viewers  haven’t even heard  of it. It’s never too late to catch a  falling star.

3.     Pulkit Samrat  in Taish: As  the  happy-go-lucky flirtatious  Sunny,  Pulkit’s  performance  got submerged  in  the intense  performances  by Harshvardhan Rane . Jim Sarbh and others. I suggest you go back  to the series to see just how much  Samrat  contributed to the  dramatic  impact  of this film. Or better still check out the expanded episodic-series version  of the film to see  the  big scenes that got edited  out in  the movie version.

4.     Vijay Raaz  in Lootcase: While the focus  was on Kunnal Khemu it was  Vijay Raaz who stole the show  as a National Geographic-addicted  don who  speaks  his  criminal deeds  through  analogies  from  the animal kingdom.  It  was  one of the funniest and yet menacing villains I have  seen  since Kader Khan  and Shakti  Kapoorretired.A pity this talented actor   was in the  news in 2020  for all the wrong reasons.

5.     Santosh Juvekar in Bhonsle: Are you scratching your head wondering who this dude  might be? Don’t  stress. I am sure most  viewers missed his  exceptional performance by this  seasoned theatre-movie  actor  as  a politician’s hired goon who finds his nominal  power  slipping  out of his hand. Known  mostly for his performances in Marathi cinema Juvekar is  an actor to watch. Sadly we don’t acknowledge talent  unless backed by the  boxoffice.