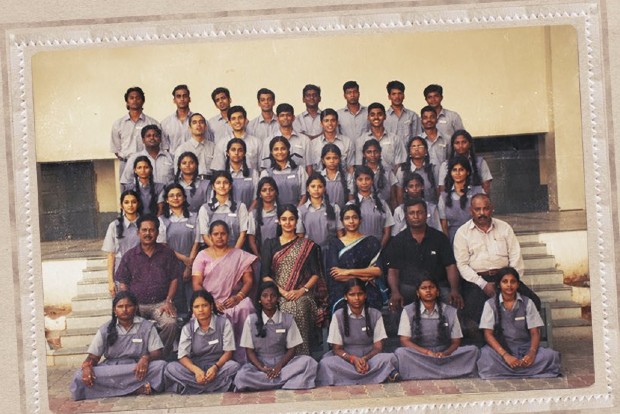 More than the overrated  Chichchore and  almost as  much as  Dil  Chahta  Hai… Mudhal Nee Mudivum Nee(MNMN) is a coming-of-age brew that  is heady, intoxicating , provocative and poignant…sometimes all at once. This is  the kind of rare  film that is  easy to overlook  for its achievements: the  writer-director Darbuka Siva(who has  also composed  the felicitous  songs  and music) doesn’t tom-tom his  skills  as a raconteur  of  remarkable ruminative  resources.

The  film’s fluid emotions and  virginal  faces  merge and melt  into a kind  of nostalgic   inner-view into the youthful aspirations of  the 1990s that never screams  for attention. Most  endearingly  the frames never  plead for nostalgia. There  is  no  overt attempt to  hammer in the aura of the era through  clothes, hairstyle,  cars  or, most  annoying of all, songs(such a convenient  mode  of period recreation!).

Instead of force-feeding  us with periodicity, Darbuka  Siva allows the actors to free-flow into the characters. The one  problem that  I had was in keeping up with the identity of all  the  youngsters .There are so many of them! Luckily writer-director  Siva allows us to choose our favourites.

MNMN is not afraid to fall off the edge. The narrative often takes  impetuous leaps  of  faith , opting to remain  true to the  young protagonists’ journey of life rather than looking to somehow  tie  up the loose ends.There is a dark subplot about the  homophobic Richard(Varun Rajan)  bullying Francis(Rahul Kannan) all the way from school to the old boys’ reunion and then suddenly,and unconvincingly apologizing to the  victim.  Could this  apology be  just  so that Richard’s  sensible and  just wife is appeased?

Many questions remain  unanswered, and that’s  the way it’s meant to be.

The  end-product  does have a messy  feel to it.  For  those sold on  a cogent structure there are  two social gathering—a passing-out farewell party at  school and a long but richly reflective and revealing  old students’ reunion at the  end—which book-mark  the  proceedings.The  song that  Vinoth sings for his lost love at the reunion is so  beautifully composed and positioned in the plot,that not  for a second do we feel manipulated into a collective meltdown.

Oh yes,  there is also Cupid  in the  film, played  as a Woody Allen-ish romantic  worrier by  the  director himself. Cupid is  called in to mend Vinoth’s broken heart. But the belated attempt for a  happy ending is most welcome.

MNMN gives us a fresh-faced dewy-eyed rose-tinted look at life and love at an  age when nothing else matters.Frozen in time. this is an exhilarating liberating joyride into a  past when Archies cards  expressed  love far better than the movies. This is a thoughtful winsome cinematic ode to an era  of  corny courtships .